Noida Woman Killed, Son Injured As Billboard Falls On Them During Storm

The woman, identified as Mehrunisa, belonged to Haibatpur village in Ghaziabad, around 20 km away from Greater Noida, where the incident occurred. 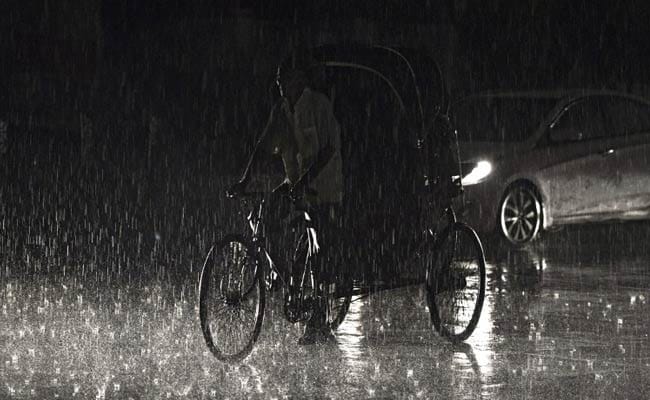 Noida: A woman in Greater Noida was killed and her son injured after an advertising billboard fell on her due to the sudden thunderstorm that engulfed the National Capital Region. The woman was driving a scooter, when the advertising billboard fell on the road due to the intensity of the storm, killing her instantly. Her son, who was injured, was with riding pillion on the scooter. The woman, identified as Mehrunisa, belonged to Haibatpur village in Ghaziabad, around 20 km away from Greater Noida, where the incident occurred.

The ages of the woman and the son have not been made clear.

The violent dust storm, followed by rain and lightning had toppled walls and uprooted trees throughout the national capital. Two have been killed in Delhi, with 18 being injured, as a result of the thunderstorm, while one person has died in Ghaziabad as well.

Over 40 flights have been diverted from Delhi airport as well.

The Indian Meteorological Department or IMD has forecast thunderstorms across North West India over the next 48 to 72 hours. The weather department has said that several weather disturbances converging over the region have led to this forecast.

Additionally, the weather department has predicted light rains over a huge swathe of northern India for the next two to three days as well.

In Delhi, metro services were hampered as well. Thousands of commuters were stuck on the busy Blue Line linking Dwarka in north west Delhi to Noida and Vaishali in Uttar Pradesh.

Promoted
Listen to the latest songs, only on JioSaavn.com
The weather change happened suddenly in Delhi, with visibility reducing drastically and dark clouds hovering over the national capital. A strong wind picked up with drizzling starting soon after.

The weather department had predicted a huge storm across 13 states last week, resulting in Delhi, Chandigarh and Haryana schools being shut. However, the storm turned out to be far lower in intensity, with many criticizing the weather department for the misleading prediction.
Comments
Delhi ThunderstormDelhi WeatherNoida Weather