A dust storm hit Delhi on Sunday evening. People in open areas could be seen running for shelter as trees swayed about them.

Dust storm in Delhi: A broken branch lies on a road in south Delhi.

New Delhi: A powerful dust storm and rain hit Delhi this evening, grounding flights, uprooting trees and bringing traffic on the city's roads to a grinding halt, days after an alert across north India for a massive storm. The weather office said the wind speed was recorded between 50 and 70 km per hour.

Flight operations at Delhi's Indira Gandhi International Airport have been put on hold, news agency ANI reported. At least 40 flights have been diverted. Delhi Metro services were hampered, with the Noida Dwarka line getting stalled for 30 minutes.

"There is a circulation of a western disturbance in north-west India. Our forecast shows weather will be adverse for the next 48 to 72 hours," Charan Singh, a scientist, at the Indian Meteorological Department told NDTV. 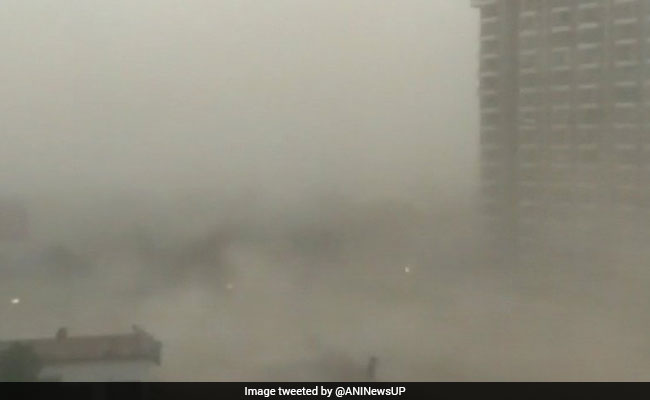 Delhi thunderstorm: Visibility in parts of Delhi NCR was severely hit due to a dust storm before the rain.

Around 5 in the evening, when the summer sun remains high, skies turned inky and visibility plummeted. A strong wind picked up, crashing through trees and turning the air a murky brown. The drizzle started soon after.

In open areas, people could be seen running for shelter. Shoppers at crowded markets were taken by surprise as the sudden wind hit light structures.

At bus stops in south Delhi, people were seen huddling together to protect themselves as branches of overhead trees broke. 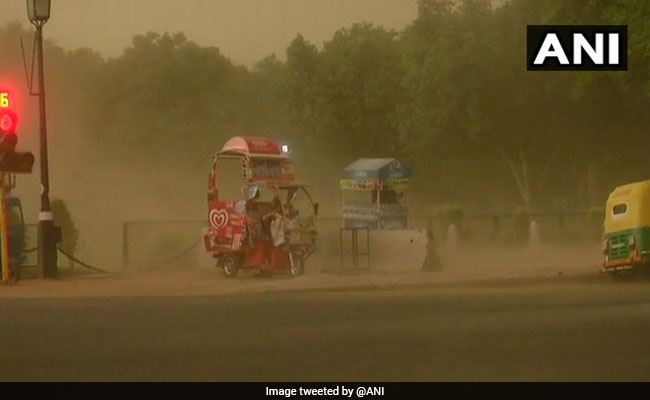 Last week, the met office predicted a huge storm across 13 states. Following the alert, schools in Delhi, Chandigarh and Haryana were shut and extra police forces and emergency services were put on standby. The promised storm, though, turned out to be far lower in intensity and the met office came under fire from people on social media for misleading prediction.

Promoted
Listen to the latest songs, only on JioSaavn.com
This time, the met office had predicted a thunderstorm accompanied by light rains for a huge swathe of north India.