Read inOther Languages
This Article is From Feb 03, 2020

The main accused was allegedly having an affair with Giramkar's wife, Additional Commissioner of Police(Crime) Nilesh Bharne told reporters on Sunday. 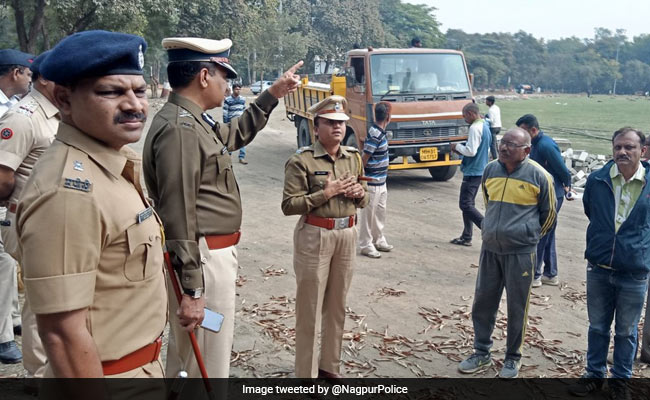 The body was buried in a 10-feet deep pit in the backyard of the eatery. (Representational image)

Three persons have been arrested in Maharashtra's Nagpur city for allegedly killing a 32-year-old man in December last year and burying the body to hide the crime, an official said.

The accused, inspired by Ajay Devgn-starrer 2015 film"Drishyam", buried the body of Pankaj Dilip Giramkar, who worked as an electrician with Haldiram company, along with his motorcycle in the backyard of a 'dhaba' (roadside food stall)in Kapsi area in Nagpur, he said.

On December 28, Giramkar -- who shifted with his family to neighbouring Wardha district sometime back to keep his wife away from Thakur -- arrived at the food stall on his motorcycle and asked the accused to discontinue the affair.

This led to a fight between the two following which Thakur allegedly smashed Giramkar's head with a hammer. The victim collapsed and died on the spot, the official said.

Thakur, with the help of a cook at his eatery and another aide, put the body in a steel drum and hatched a conspiracy to destroy the evidence of the crime. He called a person and asked him to dig a 10-feet deep pit in the backyard of the eatery.

The accused then filled the pit with about 50 kg of salt and kept the body over it and covered it with soil. The motorcycle was also buried over the body, Bharne said.

The accused threw the victim's mobile phone in a truck which travelled to Rajasthan, he said. In the meantime, as Giramkar did not return home, his family members lodged a missing person's complaint with the police.

Later, while probing the case, the Crime Branch officials got a tip-off, based on which they visited the foodstall several times in plain clothes to get clues. After gathering concrete evidence against the accused, the police rounded-up Thakur, his cook Manoj alias Munna Rampravesh Tiwari (37) and another associate Shubham alias Tushar Rakesh Dongre (28) on Friday night.

Bharne said during interrogation, the accused confessed to the crime.

The police then dug up the pit at the food stall and recovered the victim's remains and his motorcycle on Sunday,the official said. Search was on for one more accused who worked as a waiter at the eatery, he said.