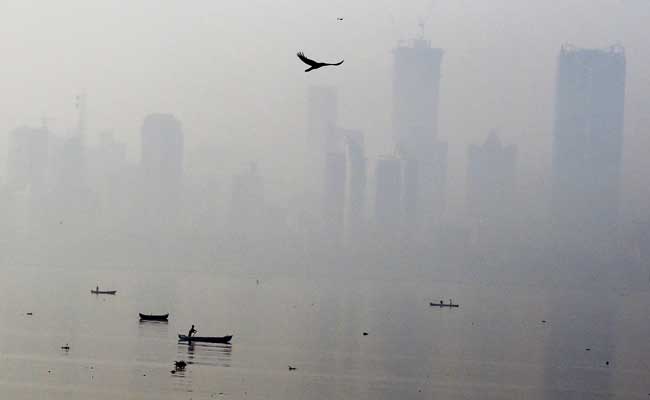 The air quality in Mumbai will continue to remain between 'poor' and 'very poor' in the coming days, the weather bureau sources said.

Parts of Mumbai have been engulfed in a thick blanket of smog since Thursday due to a huge fire at the Deonar garbage dumping ground on the city's eastern fringe, compounded by factors including a drop in temperature and vehicular pollution.

Number of people falling ill due to the smoke has increased as fire continues to simmer at the dumping ground.

At least 14 fire engines, eight water tankers are working round the clock to douse the fire.

Air quality in Mumbai will continue to remain between 'poor' and 'very poor' in the coming days, weather officials had said. On Saturday, the financial capital found itself among the top 10 most polluted cities in the country.

Taking stock of the situation the Brihanmumbai Municipal Corporation or BMC had shut down the schools on Friday and Saturday.

Satellite images showed a plume of smoke from the fire at the Deonar dumping ground on the eastern fringe of Mumbai, has not only covering the entire Island city but has spread deeper into the Arabian Sea and also affected the coastal areas of Maharashtra in Raigad district.

Experts have blamed a lack of solid waste management policy and crammed dumping yards Mumbai Municipal Corporation's for the fire in Deonar.