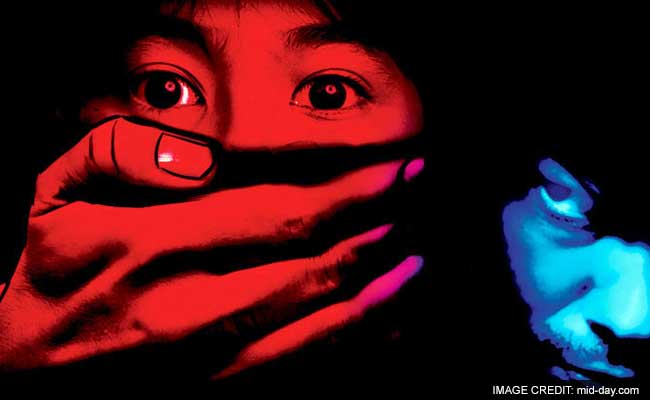 Incidents of rape, all involving minors, were reported from various parts of Mumbai.

Mumbai: In a shameful day for the city, four incidents of rape, all involving minors, were reported from various areas on Thursday. In one such case, a teenager was raped by her stepfather. In all cases the cops have arrested the accused, and in three cases they have been booked under relevant sections of the Indian Penal Code and the Protection of Children from Sexual Offences Act (POCSO).

A 30-year-old man was arrested on Thursday for allegedly raping his 15-year-old step-daughter, twice last week in Mulund. The accused raped her by threatening to kill her with a sickle, the police said.

The survivor and her 12-year-old sister study in a madrassa in Malegaon and had recently come to their mother's house in Mulund to spend their vacation. Their mother lives with her four kids and second husband, the accused.

As per the survivor's statement to police, the accused raped the girl twice at his residence when no one was there. "When the girl would oppose him, he would assault her, abuse her and threaten to kill her with a sickle if she did not give in," said Madhav More, senior inspector of Navghar Mulund police station.

Since the survivor was terrified, she did not even tell her mother about the rape. But recently she approached a woman in the neighbourhood who took her to a social activist in the area.

After the survivor narrated her ordeal to the social activist, she was taken to Navghar police station on Thursday and a complaint was registered.

Police immediately acted on the complaint and arrested the accused on Thursday.

"The accused does odd jobs for a living. He has been booked under relevant sections of the IPC and POCSO Act for raping his minor step-daughter repeatedly, criminal intimidation and abuse," said More.

The police have recovered the sickle and the survivor has been sent to Dongri children's home, More added.

Police have booked a 19-year-old boy for allegedly raping a four-year-old on Thursday night.

According to the police, the accused is one of the survivor's neighbours at Dindoshi. He has been identified as Suraj aka Surya Mandal. Many times, the survivor used to go to Suraj's house to play with him.

According to the Dindoshi police, on Thursday night, the survivor was alone at home when her mother went to a public toilet nearby. Her father was at work. When Suraj learnt of this, he lured the survivor with toys and chocolates to his house and raped her. The survivor began to bleed heavily and returned to her house crying.

Shocked neighbours asked her what had happened. When her mother asked her who had assaulted her, the survivor pointed to Suraj's house. Angry neighbours went to his house and beat him up and handed him over to the police.

A 30-year-old man has been arrested for allegedly kidnapping and sodomising a five-year-old boy in Wadala on Thursday. The survivor has sustained injuries and is undergoing treatment at Sion hospital. DCP, zone IV, Ashok Dudhe confirmed the incident.

The police said that the accused, Ajaykumar C Sahu, a carpenter by profession, on Thursday afternoon lured the boy with some eatables when he was playing outside his house. The survivor's mother was busy in her chores, while his father was out on work.

"The accused took the survivor to his room and sodomised him. After few hours when the survivor returned home, he experienced pain in his private parts and narrated the ordeal to his mother," said Gajanan Tapale, inspector-in-charge of the Wadala TT police station.

The survivor took his mother to the accused's home and identified the accused. His parents then lodged a police complaint. "We immediately arrested the accused from his house. His clothes have also been seized for investigation," Tapale said. The accused has also been charged under Section 363 (kidnapping) of IPC.

The Bhandup police arrested a 25-year-old civic employee on Thursday for allegedly sexually assaulting a five-year-old girl in his neighbourhood. She is undergoing treatment at Sion hospital.

DCP, Zone VII Dr Vinaykumar Rathod said that the accused has been arrested under the POCSO Act.

According to the police, the accused, Shivaji R Tilotkar, a cleaner with the BMC, would always take the girl to his house to play with her, hence her parents never objected to this.

On Thursday too he called her to his house. "He then took the girl to the mezzanine floor and sexually assaulted her. The assault was so brutal that she sustained multiple injuries to her private parts," said an officer from the Bhandup police station.

Police said sensing that the survivor's screams would alert people, Tilotkar let her go home. She started weeping when she met her mother.

"When her mother asked her what had happened she narrated her ordeal to her," said Shripad Kale, senior inspector of Bhandup police station.

The matter was then reported to the police by the parents and an offence was registered against Tilotkar. "He was arrested from his home," Kale said.

Police are probing whether the accused has done similar acts in the past as well.
Comments
Children rapedRape cases in Mumbaifather rapes daughterProtection of Children from Sexual Offences ActRape cases of children in Mumbai