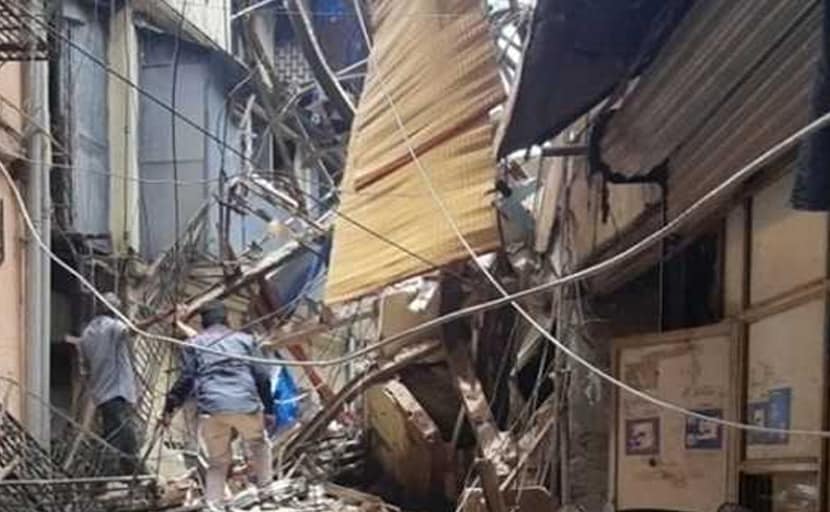 Mumbai building collapse: Rescue teams are on site trying to search for survivors

A four-storey building collapsed in Mumbai's crowded Dongri neighbourhood this afternoon, leaving ten people dead and at least 40-50 people trapped under debris. National Disaster Response Force personnel are at the site looking for survivors. Fire trucks and ambulances are also on the spot. The area, full of dilapidated buildings on narrow lanes, was also flooded in heavy rain in the past weeks. The authorities said this was a "level 2" incident - while level 1 is the most serious under the system that measures the severity of a building collapse.

Here are the updates on the Mumbai Building Collapse in Dongri:

Jul 16, 2019 19:37 (IST)
16-Year-Old, Trapped Under Heavy Iron Door, Rescued
The girl was trapped under a heavy iron beam wooden door and LPG cylinder. Rescuers cut through iron beams and removing debris using hydraulic cutters. It took them over an hour to rescue her 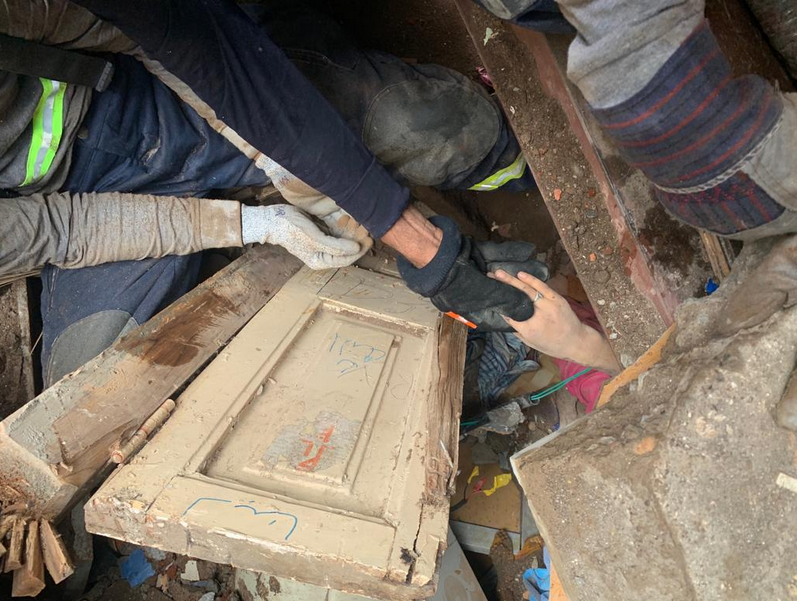 #UPDATE Mumbai Police: Death toll rises to 7 in the Kesarbhai building collapse in Dongri, today. 8 people have been injured in the incident, so far. #Maharashtrapic.twitter.com/tVjtOcEQFP

The collapse of a building in Dongri, Mumbai is very tragic. My condolences with the bereaved families and prayers for early recovery of those injured. Rescue operations are in full swing. State government, NDRF and local authorities are doing their best to assist people in need.

Milind Deora, Congress on #MumbaiBuildingCollapse: This is unfortunately something that happens in Mumbai every year during monsoon. You'll see walls collapse, there are pot holes on roads where people die, young boys fall into manholes. Mumbaikars must ask what the govt is doing pic.twitter.com/a8rYKVlyRD

Collapse of a building in Mumbai's Dongri is anguishing. My condolences to the families of those who lost their lives. I hope the injured recover soon. Maharashtra Government, NDRF and local authorities are working on rescue operations & assisting those in need: PM @narendramodi

S N Pradhan, DG National Disaster Response Force on #MumbaiBuildingCollapse: 3 teams of NDRF are engaged in rescue operations, pathway to the collapsed building is very narrow and the vehicles with rescue equipment are unable to reach there, team is carrying equipment on foot. pic.twitter.com/54rhbMRHSD

The Dongri building collapse is really unfortunate. I have been in touch with Mayor & MC, relief work is on. Prayers for people trapped in the debris. I sincerely request residents of the building tht are declared dilapidated by @mybmc to please evacuate, not risk their lives.

#WATCH Mumbai: A woman being rescued by NDRF personnel from the debris of the building that collapsed in Dongri, today. 2 people have died & 7 people have been injured in the incident. #Maharashtrapic.twitter.com/tmzV3Dmm7C

Brihanmumbai Municipal Corporation (BMC) in a letter dated 7 August 2017 on Kesarbhai building that collapsed in Dongri, today: Building is classified as 'C1', to be evacuated for demolition at the earliest...In event of any mishap this office won't be responsible. #Maharashtrapic.twitter.com/h2XEaV4LxF

Maharashtra: Mumbai Police Commissioner Sanjay Barve and DCP, Zone 1, Abhishek Trimukhe arrive at the site where a building collapsed in Dongri, today. 2 people have died & 6 people have been injured in the incident ,so far. pic.twitter.com/bOKpzC5wwE 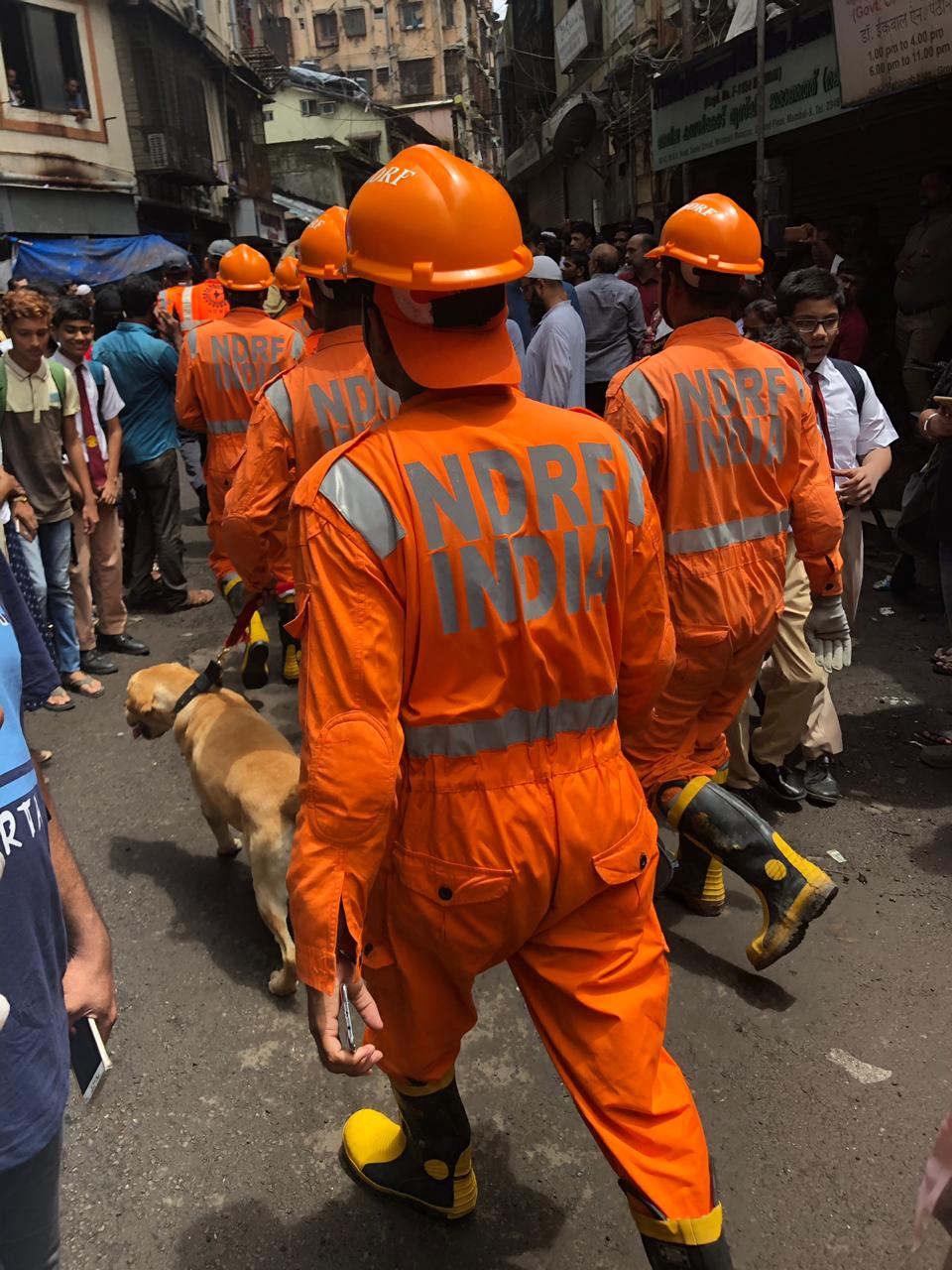 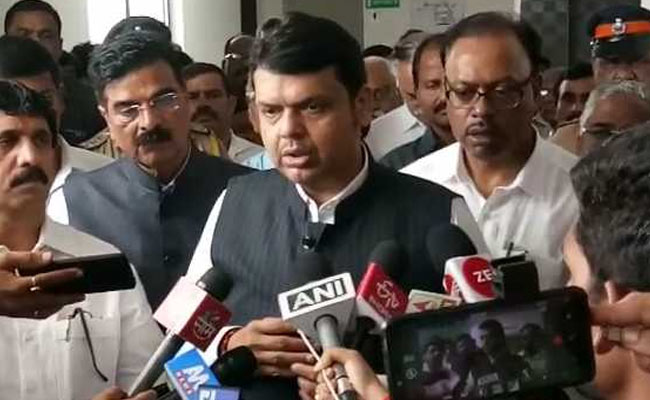 "Around 100-year-old building. The residents were offered redevelopment of the area and permission was also given, but whether it went forward or not is something that we will find out during the investigation. Right now, the focus is on rescuing those trapped in the debris," Maharashtra Chief Minister Devendra Fadnavis said
Jul 16, 2019 13:38 (IST)

Extremely aggrieved by the building collapse in Dongri. @MumbaiPolice is trying its best to enable a smooth rescue operation. We request citizens to please cooperate and stay away from the spot to facilitate rescue operations.

Jul 16, 2019 13:36 (IST)
The Brihanmumbai Municipal Corporation (BMC) has set up a shelter at the nearby Imamwada Municipal Secondary Girls' School
Jul 16, 2019 13:32 (IST)
Two people have died in the incident, the BMC's disaster management cell said
Jul 16, 2019 13:10 (IST)
Crowds have formed a human chain of sorts to pass down small debris by hand towards the outer area of the neighbourhood
Jul 16, 2019 13:07 (IST)
The NDRF has now deployed another team to speed up rescue operations
Jul 16, 2019 13:04 (IST)
The rescue teams' job has been made more difficult by the fact that the lanes are too narrow for ambulances, fire trucks or any other vehicles from entering. The rescue teams have to remove the debris with their own hands, as they cannot get in a vehicle that can lift the rubble 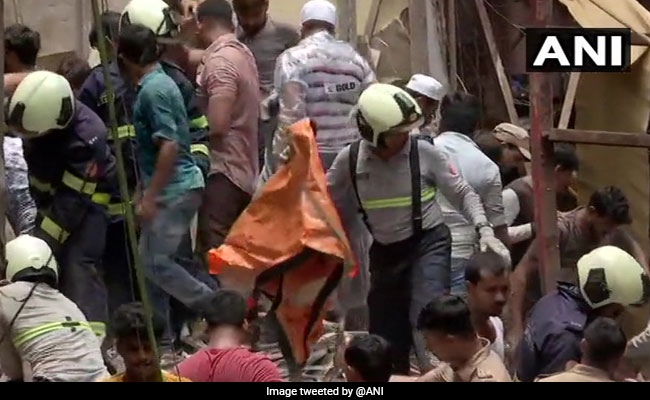