Major Fire Breaks Out in Mumbai's Malad, None Hurt 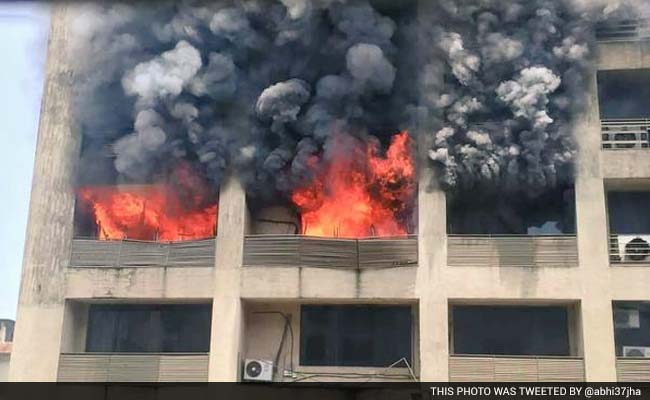 The fire broke out on the fifth floor of an eight-storey building called Palm Springs, reports said.

Mumbai: A major fire broke out at a commercial building in north Mumbai's Malad today just before noon, engulfing the area in thick black smoke and causing a long traffic jam. (5 Pics)

There were no immediate reports of casualties as eight fire engines, eight water tankers and two ambulances were rushed to the spot. The fire was brought under control within an hour.

The fire broke out on the fifth floor of an eight-storey building called Palm Springs which houses offices and restaurants, reports said.

Thick smoke bellowed out of the building, eye-witnesses reported and many took to social media to post dramatic pictures.