Fireman Injured In Fire At Industrial Unit In Mumbai's Andheri

The fire erupted around 2 am at the commercial unit, fireman Shivkumar Suryakant Satarval suffered burn injuries in the incident and was admitted to the Hospital. 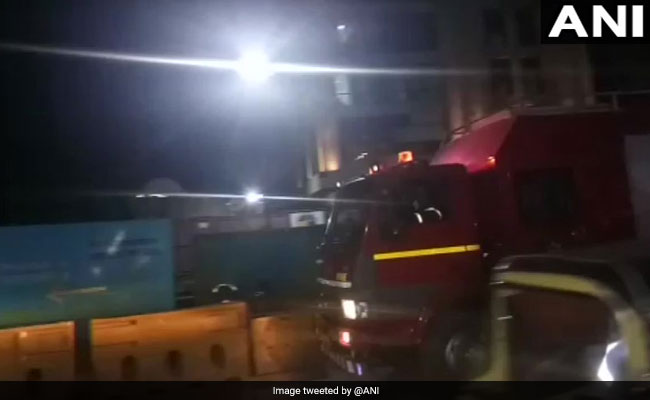 A fire engulfed an industrial unit in suburban Andheri in the wee hours today, a civic official said.

A fireman received burn injuries while putting out the flames and was rushed to hospital, he said.

The fire erupted around 2 am at the commercial unit located in the SEEPZ industrial area at Marol in Andheri, the official said.

Fire fighting engines and water tankers were rushed to the spot and the fire was put out by 6 am, he said.

Fireman Shivkumar Suryakant Satarval, 25, suffered burn injuries in the incident and was admitted to the Cooper Hospital where his condition was reported to be stable, he said.

No one was present inside the unit at the time of the fire, the official said, adding that the cause of the fire was yet to be ascertained.

There have been a number of fire incidents in residential buildings and industrial units in Mumbai in the last few months.

A fire occurred yesterday on the second floor of a commercial building situated in Madhur Industrial Estate in Andheri, injuring a fire fighter.

On September 4, a commercial unit in suburban Malad caught fire, but no casualty was reported.

On August 22, a fire occurred on the 12th floor of a posh high-rise residential building in Dadar area, killing four people and injuring 16 others.

On August 27, a fire engulfed a three-storey residential building in Parel area, but there was no casualty.

On August 5, a fire at the Regional Transport Office (RTO) in Tardeo area of south Mumbai destroyed hundreds of documents and other items, but no one was injured.