A portion of the Andheri West bridge collapsed due to heavy rainfall in Mumbai on Tuesday obstructing train operations. 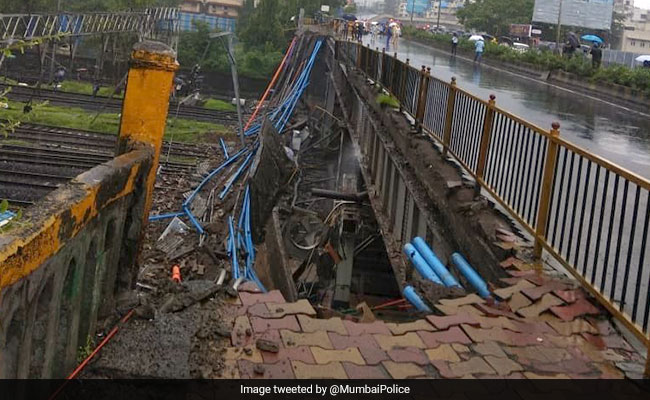 Congress president Rahul Gandhi today said that civic governance had "collapsed" in Mumbai with the flooding of streets and the collapse of a part of a bridge at Andheri station.

"The streets are flooded, citizens stranded, bridges collapsing...Civic governance has collapsed. My thoughts are with the citizens of Mumbai. Stay safe!", Mr Gandhi tweeted.

Five people were injured in the bridge collapse, the Brihamumbai Municipal Corporation (BMC) said, adding that two of them were critically injured.

Railway Minister Piyush Goel also ordered the probe to be completed in a few days.

The Meteorological department has predicted heavy rains in Mumbai and adjoining areas in the next 24 hours.