Andheri Bridge Collpases: A portion of the Andheri West bridge collapsed due to heavy rainfall in Mumbai on Tuesday obstructing train operations. 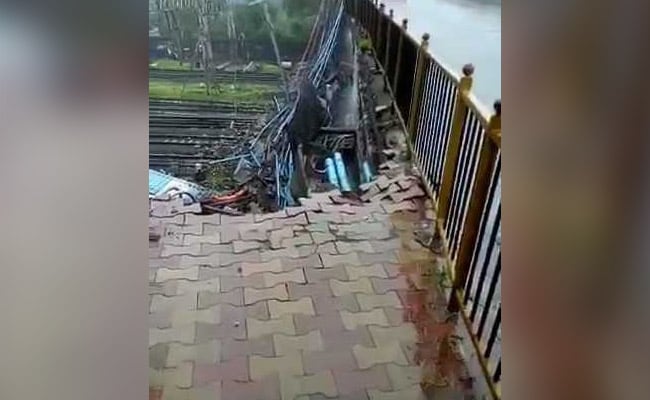 Andheri Bridge Collapses: Police officials are checking if people are trapped under the debris.

A portion of the Andheri West bridge collapsed amid heavy in Mumbai on Tuesday disrupting train operations. Five people were injured after the Andheri bridge crash. NDRF teams were sent to the accident site for rescue operations. Local trains on Western Suburban Line were affected due to technical reasons between Andheri and Vile Parle. BMC fire brigade as well as RPF staff and officers were rushed to the spot for support, the Mumbai police said. Chief Minister Devendra Fadnavis asked BMC commissioner to increase frequency of BEST buses.

Here are the LIVE updates of the Andheri bridge collapse in Mumbai:

As promised, Harbour line traffic near Andheri, Mumbai has been restored. Railways is working to reinstate all remaining railway sections too. pic.twitter.com/U8WBLdWIdN

The bridge crash damaged a portion of the platform roof, blocked railway lines and damaged high-tension electric wires and overhead power equipment, said news agency IANS. Over 5 people are said to be injured out of which 2 are critical 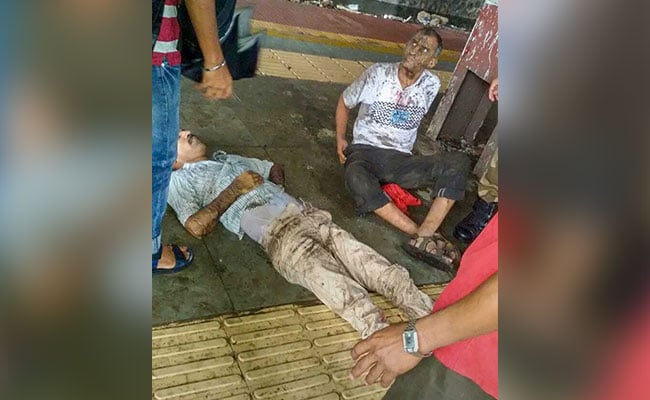 Jul 03, 2018 10:55 (IST)
"Services running on all corridors as of now on Central Railway. However, we are consciously reducing the number of rakes to avoid marooning and to avoid bunching. Services will continue on local lines. There may be some reduction in through line," the Central railway said.
Jul 03, 2018 10:52 (IST)

Part of Road Over Bridge has fallen on tracks near Andheri Station impacting rail traffic. Directed officials to speed up repair work and rapidly restore traffic in close coordination with other departments. I have also ordered an enquiry by Commissioner of Rail Safety.

Jul 03, 2018 09:54 (IST)
The Gokhale bridge on SV Road, connects Andheri East and Andheri West stations and is used by thousands of commuters each day.  Traffic at the bridge has been stopped, with commuters reportedly stuck in a three kilometre long traffic jam. Restoration of OHE & tracks bet Andheri & Vile Parle which is affected due to falling of part of ROB is underway. Trains are working bet Virar - Goregaon & Bandra-Churchgate but It is advised to travel only if its very necessary to avoid inconvenience please. #WRUpdates@drmbct

Crowd management machinery has been strengthened on Central Railway at all major stations from Ghatkopar onwards. Harbour line passengers have been allowed to travel freely, says Central Railway

Part of Road Over Bridge collapsed on tracks near Andheri Station on South end towards Vile Parle . OHE damaged. Traffic on all lines is held up. #WRUpdates@drmbct 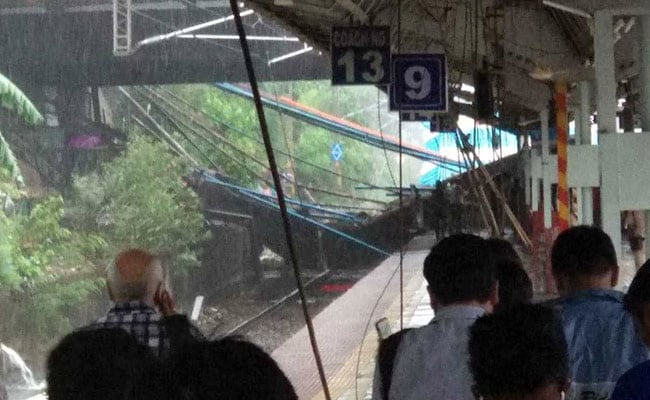 Jul 03, 2018 08:46 (IST)
NDRF team has been rushed to the spot along with 4 fire brigade vehicles. Mumbai police officials have said that they are checking if some people are trapped under the debris.
Jul 03, 2018 08:43 (IST)
Traffic above and below bridge stopped, says Mumbai Police

Part of Gokhale Bridge, connecting Andheri East to West has collapsed affecting the overhead wires too.Trains on the western line are affected.BMC,Fire Brigade as well as RPF Staff & Officers are deputed on spot for support.Traffic above & below the bridge is stopped for now pic.twitter.com/LMcKmwyDCh