Anuradha Lohia did not take calls but the official said she was okay even though showed signs of stress for prolonged confinement. 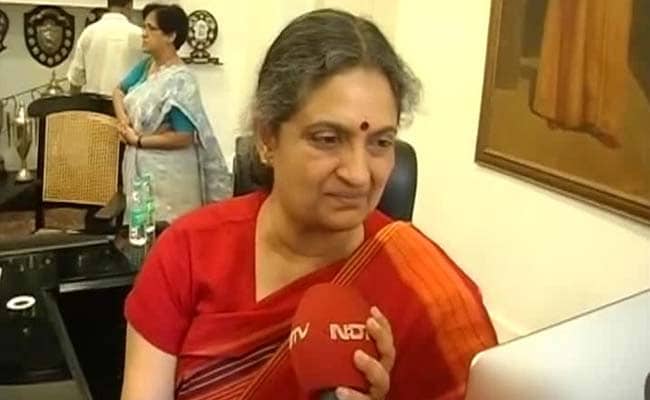 Anuradha Lohia along with some other University officials, were confined in the Vice Chancellor's room.

Presidency University Vice Chancellor Anuradha Lohia has been confined within her chamber on the main campus for over 12 hours now as some students continued their sit-in before her office, demanding expeditious completion of repair works in some hostels and reinstatement of sacked hostel employees.

The students began their demonstration at 2 pm on Monday, demanding that the repair works in three of the five wards of 130-year-old Hindu Hostel be completed without delay and eight sacked hostel employees be reinstated immediately.

A university official said Ms Lohia, along with some other University officials, were confined in the VC's room on the first floor the students, belonging to Independent Consolidation and SFI, protested, carrying placards like "We want the entire Hindu Hostel Back" and "Don''t take any vindictive step against students and staff".

Ms Lohia did not take calls but the official said she was okay even though showed signs of stress for prolonged confinement.

"We will allow the VC ma'am to go, but not before she gives us written assurance about our demands," Subho Biswas, an IC member, and one of the agitators said.

The protesting students also demanded that the VC expresses regret in writing over female students allegedly being prevented from taking part in a convention on the day of Saraswati Puja on the campus due to the hostel renovation issue.

Mr Biswas alleged that despite repeated reminders, the authorities did not expedite the repair work in the Hindu Hostel and took "vindictive" action against those demanding quick completion of hostel repair.

He alleged that female students, supporting the hostel renovation on an urgent basis, were viciously prevented to enter the campus on January 29 to attend the convention.

Another student, Debabrata, alleged university authorities were dilly-dallying over timely completion of work in wards 3, 4 and 5 of the Hindu Hostel since last year. Over 30 students are made to put up within a very limited space of the two renovated wards,'' he claimed.

"Today we demanded the VC express regret for the gender discrimination by the management on January 29 and also an assurance from her that the three wards, where renovation works are still incomplete, will be ready soon. But she refused to listen to us," Mr Biswas said.

Dean of Students Arun Maity had earlier said, "I urge the students to have a discussion with the VC about the demands. We are open for discussion."

Two wards of the Hindu Hostel, which were under repair for three years, were opened for students in November 2018 after agitation by students.

The Hindu Hostel building, adjacent to the university, was shut down for repairs in July, 2015 and the boarders had been shifted to a rented accommodation at New Town as a makeshift arrangement.