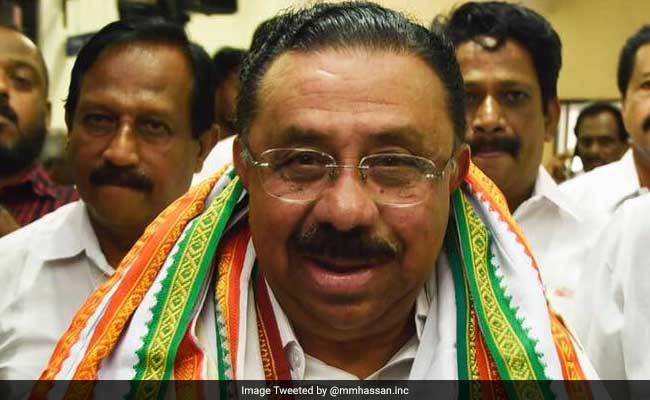 MM Hassan is the interim president of the Congress party in Kerala.

Thiruvananthapuram: A Congress leader in Kerala has courted a controversy with his remarks that menstruation was impure and women should not enter temples during that period. Drawing flak for his comments, interim president of the Congress party in Kerala M M Hassan today sought to clarify that it was not his personal opinion and he had only stated the prevailing social situation in the society.

Participating in a seminar on 'Media and Politics' yesterday, he had said that "Women are impure during menstruation. Women cannot enter temples during this period." A group of women participants there protested against the remark, terming it as 'anti-women'.

"My remark about impurity is not my opinion..I only said (about) the social condition prevailing in the society", he told reporters in Thiruvananthapuram today.

"Muslim and Hindu women during their menstruation period, on their own, used to keep away from places of worship. This is the social situation that exists in the society. I only explained this when a participant asked a question in this regard at the seminar," he added.

Mr Hassan also claimed that his statement had been distorted by a section of media.

"Whether I am supporting it or not is not the point. It is the social situation," Mr Hassan said adding "political parties cannot change the customs and traditions of religions."

Promoted
Listen to the latest songs, only on JioSaavn.com
On his opinion about the ban on entry of women in the age group of 10 to 50 at famous Lord Ayyappa temple at Sabarimala, he said political parties were not religious reformers.

"We (political parties) respect the customs and traditions of religions," he added.