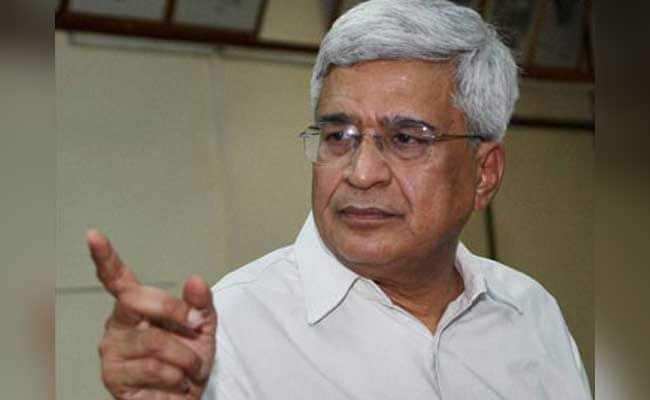 Senior CPI (M) leader Prakash Karat on Friday accused the BJP of creating a communal divide by whipping up Islamophobia in Kerala and and urged the Catholics, whose bishop has alleged love and narcotic jihad in the southern State, to be aware.

Referring to the recent speech made by the bishop of Pala diocese of Syro-Malabar Catholic Church Joseph Kallarangat alleging that love jihad and narcotic jihad were being waged against youngsters belonging to non-Muslim communities, Mr Karat said this sweeping allegation has caused alarm and misgivings in Kerala society.

In an article written in the party mouthpiece Desabhimani, a daily, the CPI(M) politburo member said while across the political spectrum the alleged jihadist conspiracy was discounted, the BJP came forward to support the bishop's stand and called upon the Central government to bring a law against the activities of the alleged jihadists.

"For the BJP, this seemed a good opportunity to drive a wedge between the Muslim and Christian communities and to whip up Islamophobia," he wrote.

He said as far as the alleged love jihad is concerned in Kerala, some years ago there was a disturbing incident of 21 people leaving their homes and families and going to Afghanistan to join the ISIS-Khorasan, a terrorist outfit.

Noting that among them were two Christian women who had converted to Islam and joined their husbands to make the trip to Afghanistan, one of them had actually married a Christian and both of them converted, Mr Karat said, "The jihadist network was behind recruiting these people and indoctrinating them in the extremist ideology."

He said the concern of the Catholic church about these two young women getting converted and being influenced by extremism was understandable.

"It was also correct on their part to warn their congregation against falling prey to such extremist influences. However, these were isolated instances," Mr Karat said.

He said investigations both by the State police and the NIA showed no organised effort such as the alleged love jihad to lure non-Muslim women.

Mr Karat alleged that the BJP-RSS combine has been concentrating their fire on Muslims and tactically trying to rally the Christian clergy onto their side.

"The Catholic Church, which is the biggest denomination among Christians in Kerala, should be aware of the true character of the BJP-RSS. The Hindutva forces are carrying on a relentless campaign against religious minorities – whether they be Muslims or Christians.

The senior CPI(M) leader also accused the Sangh Parivar outfits of presenting a distorted version of the Malabar Rebellion of 1921.

Mr Karat claimed that the Malabar revolt was directed against the British rule and the landlord system, which oppressed the Muslim peasantry.

"That was the main character of the rebellion, notwithstanding some attacks on Hindus in the last phase when the revolt began petering out after being brutally suppressed by the British armed forces," the CPI(M) leader said.

He further alleged that the RSS, given its new-found sympathy for the Christians in Kerala, has sought to project the Malabar rebellion as not only anti-Hindu but also anti-Christian.