Jyothi claimed that there would be significant change after the results are announced. 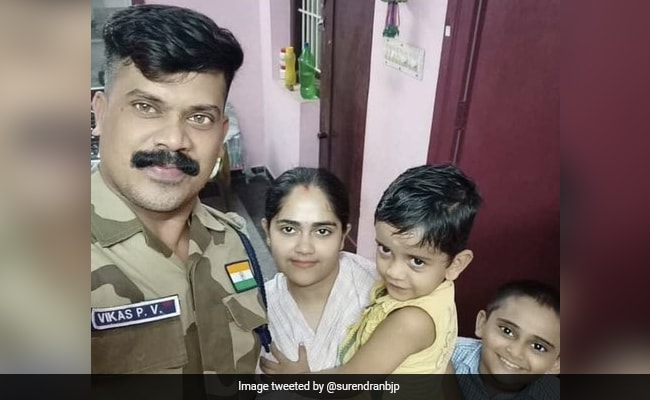 Jyothi said her candidature was an unexpected one

Thirty-year-old Jyothi from Chhattisgarh, who saved the life of a CISF jawan during a bus journey in 2010, found her true love in him, tied the knot and is contesting the December 10 local body polls in Kerala as a BJP candidate.

Now fluent in Malayalam, she said the accident of January 3, 2010, which cost her the right arm, was a turning point in her life.

Not only did she face the ire of her parents back home at Chhattisgarh, she was forced to discontinue her BSc nursing course.

Undeterred, she married Vikas after arriving in Kerala one year later and his family too immediately accepted her.

Recalling the accident, she said she was travelling in the bus from her college hostel. Vikas, who was sitting on the front seat, was on his way back to his camp in Dantewada district after meeting his brother.

He fell asleep, placing his head on the window rails.

She said she noticed an out of control truck hurtling towards the side of the bus where he was sitting.

Sensing danger, Jyothi, who was sitting in the back seat, lunged forward and pushed him away from the window, but her right hand was severed in the impact

The BJP candidate from Palathully division of Kollangode block panchayat in the politically hot Palakkad district said she was getting good response from the voters.

"They are showing their affection towards me. Whether they would vote for me or not, that is secondary," she said.

She claimed that there would be significant change after the results are announced.

She said her candidature was an unexpected one.

"I am attracted by the politics of Narendra Modi. When the party approached me offering candidature, I gave the nod. I'm getting full support from my husband and in-laws," she said.

The BJP, seeking to improve its prospects in the electoral politics in the tough terrains of Palakkad district, says her story is "very inspiring."

"She lost her right hand while trying to save the life of a jawan from an accident. Now she has become the daughter of Kerala," said Krishna Das, Palakkad district president of BJP.

Jyothi's candidature is a morale booster to 1,700-odd BJP candidates fighting elections in various local bodies from the district, he said.