"Beyond Control Of...": Kerala Minister On Reasons Behind Financial Crisis

KN Balagopal attributed the "distorted" financial policies of the Centre, the outbreak of COVID-19 pandemic and recurring natural disasters as reason for the poor economic condition of Kerala. 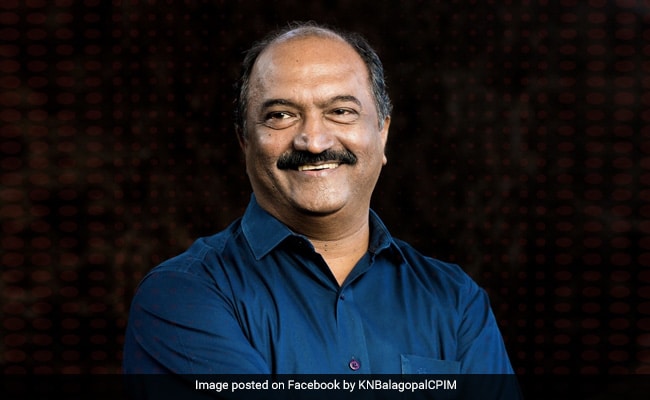 Kerala Finance Minister K N Balagopal on Tuesday said the state is reeling under unprecedented financial crisis and attributed the "distorted" financial policies of the Centre, the outbreak of COVID-19 pandemic and recurring natural disasters as reason for the poor economic condition.

The minister, however, made it clear that the Left government was moving ahead with a "clear road map" and financial discipline to overcome the crisis and resolve the issues.

He was replying to a question during the Question Hour session in the state Assembly.

"It is true that the state is facing an unprecedented financial crisis. However, the reasons contributing to the crisis are beyond the control of the state...that is the fact," Balagopal said.

Compared to the previous financial year, there was a dip of Rs 6716 crore in the revenue deficit grant (released to the state by the Centre) during the ongoing financial year, he informed the House.

However, the minister replied in negative to a question whether it was found that the wrong financial management by the state was the reason for the present financial crisis.

Natural disasters, COVID-19 pandemic, distorted policies of the Centre, the implementation of the GST without much contemplation, delayed distribution of GST compensation and imposition of cuts in the borrowing limit of the state by the union government were among those reasons that triggered the present financial crisis in the southern state, he explained.

The Left government was trying to overcome the crisis through a strict financial discipline by strengthening the tax collection, avoiding the unwanted expenses and keeping its to the minimum, the minister added.