This statement by JDS leader HD Revanna comes around a time when there are reports of turmoil among BJP leaders in the state. 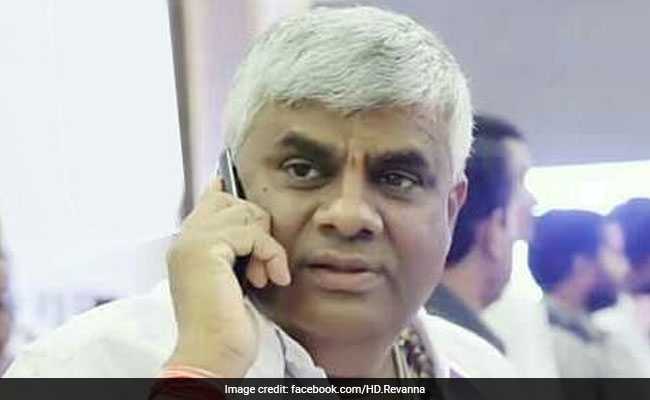 While speaking to the reporters on Friday, Revanna said, "Santosh has already given Rs 10 lakhs and promised to give Rs 15 lakhs more after leaving JDS. I demand a Central Bureau of Investigation (CBI) enquiry into this bribery case."

This statement by JDS leader Revanna comes around a time when there are reports of turmoil among BJP leaders in the state.

On Friday, BJP MLA Ramesh Jarkiholi decided to resign from his post upon consulting his well-wishers. Ramesh, while addressing the reporters on Friday said, "I decided to resign from my MLA post, after suggestions by seniors, well-wishers. Also, even if Congress offers me Chief Ministership, I'm not happy with some developments of the Congress party. I have expressed my opinions to the person who needed to be told. I can't speak about it to the media", said the former Karnataka Minister of Water Resources Jarkiholi.

Amid speculation of resentment among BJP MLAs in the state, Karnataka Chief Minister BS Yediyurappa on June 18 had denied any political rebellion and said that all issues will be discussed to clear the confusion amongst members. While addressing media personnel, Yediyurappa had said, "There is no confusion. Only one or two people spoke something to the media and that is being highlighted. They are doing it from the beginning. Incharge Arun Singh has not even met them. There is no confusion. No Cabinet member is worried."