The policemen had allegedly beaten the 50-year-old man for violating the lockdown last week. 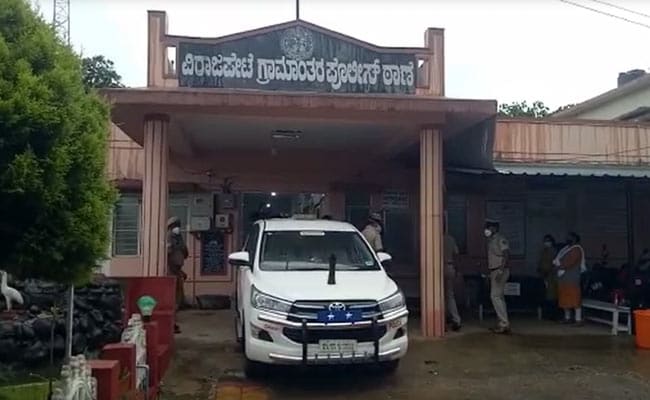 Roy D'Souza was picked up by the police from Virajpeth in Kodegu District.

Eight policemen were suspended in Karnataka's Madikeri following a preliminary inquiry into the death of a mentally unstable man. The policemen had allegedly beaten the 50-year-old man for violating the lockdown last week.

"Eight policemen have been suspended based on the preliminary report. The postmortem report is yet to come," Superintendent of Police, Kodagu, Kshama Mishra told NDTV.

The reason for the death will be clear only after the autopsy, she said.

Roy D'Souza was picked up from Virajpeth in Kodegu District, around 5 hours drive from Bangaluru, on Wednesday after he was seen roaming around the city in defiance of the lockdown. The police later summoned his family to take him from the police station.

His family alleged that Mr D'Souza was unconscious when they reached the police station. He was later taken to a hospital where he died on Saturday.

"An inquiry is being conducted by the Sub-Divisional Magistrate. As per the National Human Rights Commission guidelines, we are handing over the case to the CID," Inspector General of Police, Karnataka Southern Range, Praveen Madhukar Pawar, was quoted as saying by news agency PTI.

Family members said that Mr D'Souza, who was living with his mother, had run away from his house late at night on June 8. The policemen found him wandering about, questioned him for violating the lockdown norms and thrashed him, they said.