In a statement, Raghunandana said he cannot accept the award when "injustice" is being done to righteous people in the country. 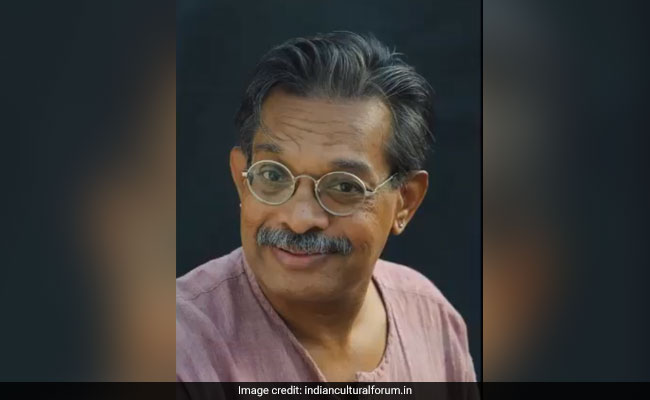 Eminent theatre personality from Karnataka, S Raghunandana on Thursday declined to accept the Sangeet Natak Akademi award in protest against incidents of "mob lynching and violence in the name of God and religion" and attempts to throttle voices of activists.

In a statement, Raghunandana said he cannot accept the award when "injustice" is being done to righteous people in the country.

"My atmasakshi (conscience), my antaryami (God within) does not permit me to," he said, two days after the award was announced.

Apologising for declining the award, Mr Raghunandana said, he cannot, as a theatre artiste, poet and playwright, accept the award "when such injustice is being done to these dharmamargis (righteous people) in my country, in the name of my country."

Thanking Sangeet Natak Akademi  for giving him the award, he said it is an autonomous institution and has been, on the whole, upholding its principles of autonomy through the years.

"However, today there is mob lynching and violence in the name of God and religion, and even what one eats. The powers that are directly or indirectly responsible for these deadly acts of murder and violence, support the hate campaign that uses all means, including those offered by internet technology, to fulfil its unholy aims," the artiste said.

He also expressed his concern over attempts to put in place systems "that will teach lessons of hate and irrationality to students everywhere from those in institutions of the highest education to those in schools and colleges."

"The very meaning of what it is to be an Indian, and the adage Vasudhaiva Kutumbakam, are being distorted, and erased. Crores of people like me can only lament: Cry, the Beloved Country," the artiste said.

Mr Raghunandana alleged that the country's rulers had decided to silence the poor and the powerless by throttling the voices of conscientious intellectuals and activists.

"This has always been so, regardless of the party, or parties, in power."

Calling these intellectuals as truest patriots, the artiste said they are the ones, who tread the path of true dharma (righteousness) and uphold its values.

"This is not a protest. It comes out of despair, a helpless inability to accept the award. I respect the Akademi, and all those who have received this award, now and in the past. I thank the members of the Akademi, and apologise," he added.