Reports from across the state said normal life has not been affected, with schools and colleges, as also public transport services functioning normally. 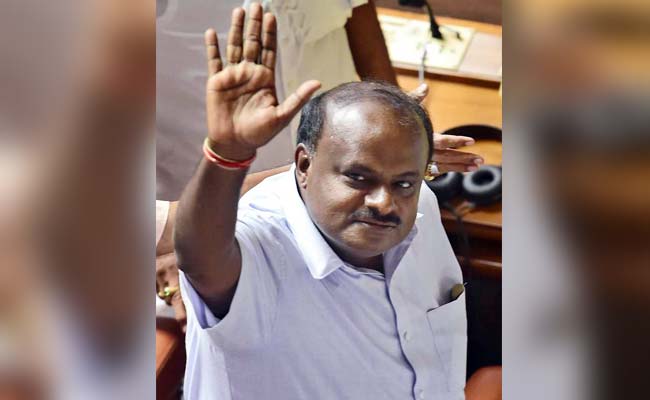 Bengaluru: The opposition BJP's appeal to farmers and the public to "voluntarily observe a bandh" across Karnataka today to protest the alleged failure of Chief Minister HD Kumaraswamy to keep up his farm loan waiver promise, got off to a dull start.

Reports from across the state said normal life has not been affected, with schools and colleges, as also public transport services functioning normally.

Most of the farmers' and pro-Kannada organisations have not supported the bandh call, citing politics behind it.

BJP activists held demonstrations in different parts of the state; during one such event Mysuru Member of Parliament Pratap Simha along with some party workers were detained by the police.

In a fierce attack on the coalition government headed by Mr Kumaraswamy, BJP state chief B S Yeddyurappa during the trust vote on May 25 had termed it "unholy" and announced a state-wide bandh for today, if farm loans worth Rs 53,000 crore were not waived immediately as promised.

However, on May 26 Yeddyurappa, who is also the leader of the opposition in the assembly, had said that BJP had not called for a bandh, but was only supporting a call given by farmers.

BJP state General Secretary N Ravi Kumar in a statement released yesterday hit out at the Chief Minister for not keeping up his promise and had called on farmers and the public to observe a bandh "voluntarily" today.

On his part, Kumaraswamy who had promised farm loan waiver immediately after coming to power, has sought time, as he was heading a coalition government with the Congress and will have to consult them before taking any decision.

He has said that he will also have to understand the financial condition of the state.

The BJP has stated that bandh will not be observed in Bengaluru where election is being held for Rajarajeshwari Nagar constituency today.

Promoted
Listen to the latest songs, only on JioSaavn.com
Ahead of assembly election across the state on May 12, polling in Rajarajeshwari Nagar constituency was deferred, following the voter ID controversy and various other irregularities.

The Kumaraswamy government had on May 25 won the vote of confidence in the Legislative Assembly amid a walkout by BJP MLAs.