During Karnataka trust vote, BS Yeddyurappa, in an emotional speech, reminded HD Kumaraswamy of his alliance with the BJP in the past 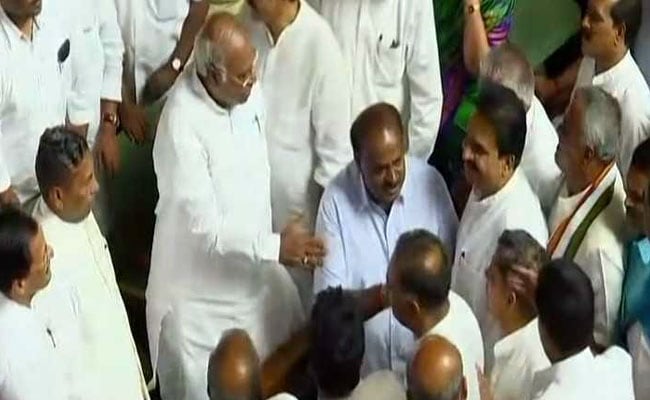 Bengaluru, Karnataka: The Janata Dal Secular (JDS)-Congress combine won a trust vote in the Karnataka assembly moments after the opposition BJP staged a dramatic walkout, throwing a dare at chief minister HD Kumaraswamy. "You have numbers...Let's see how long you last," taunted BS Yeddyurappa, leading the walkout; last Saturday, he had left just before his own floor test, accepting that he failed to make the numbers. The JDS-Congress had the support of 117 MLAs.

Congress Seeks Discussion On China In Budget Session Of Parliament