Civil Services examination is conducted by the UPSC to select officers of IAS, IFS and IPS among others.

As many as 485 candidates who had chosen Hindi as mother tongue were selected through the Civil Services examination in 2018, the government said on Thursday. A total of 812 candidates were recommended for central Civil Services on the basis of the 2018 test. Of these, 485 chose Hindi and the rest had opted for other regional languages as their mother tongue, it said.

The examination is conducted in three stages -- preliminary, main and interview.

During the 2017 exam, 1,056 candidates were recommended for different services. Of them, 633 had chosen Hindi as their mother tongue, according to data given by Minister of State for Personnel Jitendra Singh in a written reply to the Rajya Sabha. 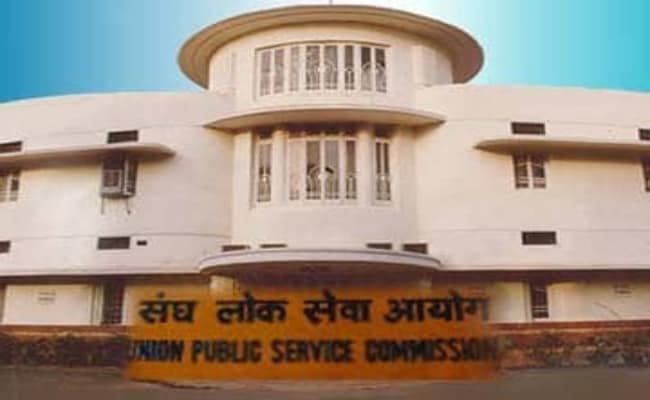 Further, relaxation of age up to 35 years (up to 40 years for members of scheduled castes and scheduled tribes) is given to widows, divorced women and women judicially separated from their husbands who are not re-married for employment to Group ''C'' and erstwhile Group ''D'' posts that already exist, Mr Singh said.

Similar relaxation also exists for Group 'A'' and Group 'B'' posts except where recruitment is made through open competitive examination, he said.

"It is, however, stated that these instructions are applicable only to central government civilian employees holding civil posts," the minister said.

A senior Personnel Ministry official said a significant number of people with Hindi as the mother tongue have been selected through the Civil Services examination which is an encouraging trend.

"It is an encouraging trend to see that significant number of people with Hindi as their mother tongue are getting selected for civil services through the civil services examination," he said.

Civil Services Exam Details To Be Announced In February