RRB NTPC notification 2019: Is Indian Railway planning such a recruitment?

Yes, Indian Railways will be releasing a notice soon on 1.3 lakh jobs. NDTV has not got any confirmation whether its going to be Non-Technical Popular Categories or NTPC notification, but, the Railways will be releasing an 'Indicative Notice' regarding the 1.3 lakh vacancy recruitment soon.
"We have booked a slot on the Employment News which is going to hit the stands on February 23 for an Indicative Notice. This notice will carry details about the 1.3 lakh vacancies," an RRB official told NDTV recently.

According to Railway officials, the current notification being circulated on social media is neither official or the Railway Recruitment Board has not released such a notification to the public or to the media.

Wait for one more week. Next week, the official Employment news will hit the stands either on Friday or Saturday. There is a chance that the Employment News will be released online even before Friday as it happened this week. 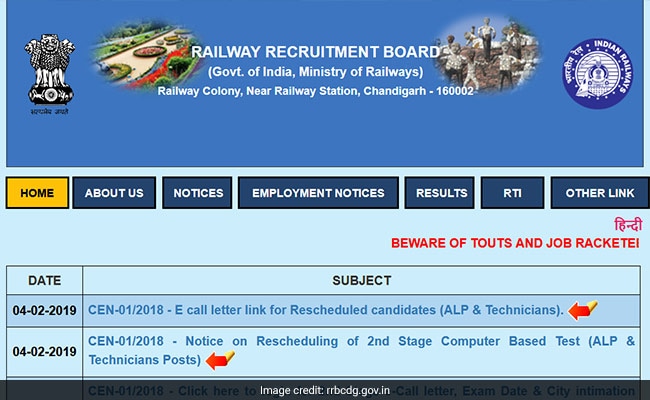 RRB NTPC notification 2019: The official notice will be released on the official websites like this

RRB NTPC notification 2019: What is the official version the 1.3 lakh jobs?

"These are proposed to be recruited over the next two years in two phases. The first phase of fresh recruitment of 1,31,328 posts shall be initiated in the month of February-March, 2019," the statement had said then.