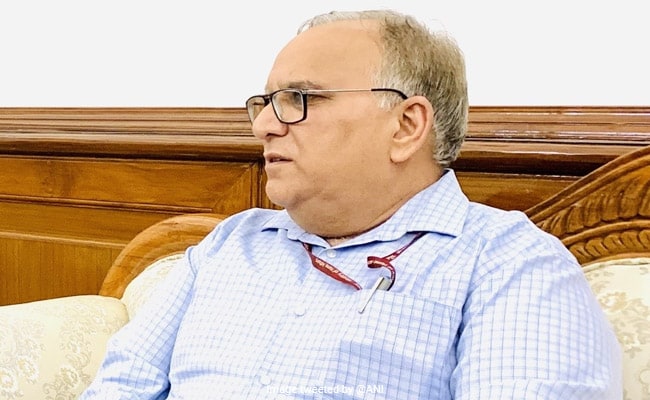 He was later appointed Chairperson Staff Selection Commission (SSC) and was re-employed for 2 years after superannuation.

Recently, Mr Sharma put in a request to Department of Personnel and Training for being relieved from the post of Chairperson SSC.

While wishing good luck to Mr Sharma, Dr Singh expressed the need to promptly revive the recruitment process to various posts in the new Union Territory of Jammu and Kashmir.

Mr Sharma also gave Dr Singh an update of the current status of the various selection processes under SSC which had got disturbed due to COVID pandemic.

He said, it had been an honour for him to serve in the highly important position of Chairperson SSC, particularly at a time when the Government of India is seeking to bring in maximum transparency and objectivity in selection to various governments posts.