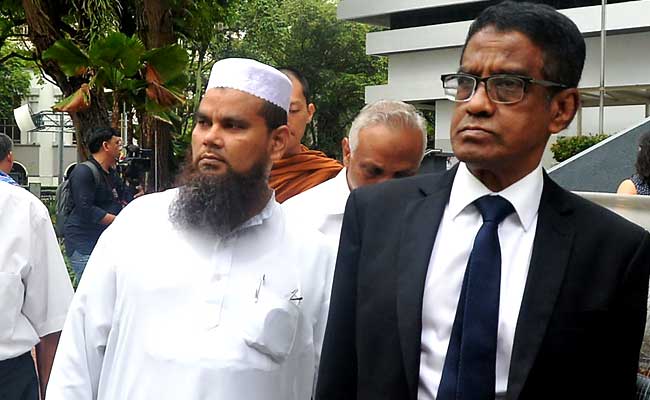 Singapore: An Indian Imam living in Singapore will be repatriated for his remarks against Jews and Christians. Nalla Mohamed Abdul Jameel, 47, had pleaded guilty to a charge of promoting enmity between different religious groups and was fined Sg $4,000 ($2,860). The Singapore government said there was no room for such remarks in a multi-religious society and he should be sent home.

"Nalla has paid the fine. He will be repatriated," Singapore's Ministry of Home Affairs said in a statement.

The imam, an Islamic religious teacher, had recited a supplication in Arabic during a prayer session at a mosque in January, which translated as "Grant us help against the Jews and Christians," court documents showed. A video of his remarks -- uploaded on Facebook in February by another person - triggered legal action.

The Islamic Religious Council of Singapore said in a statement that Mr Nalla's supplication "is not from the Quran and does not constitute part of the divine message".

"Recent events abroad have highlighted how the build-up of anger and resentment among different religious groups can lead to social friction and violence," the interior ministry of Singapore said. "The government has the responsibility to act quickly and firmly to repudiate divisive speech, even if the course of action is sometimes difficult."

Singapore is a mainly an ethnic Chinese society, with large Malay Muslim and Indian populations.

District Judge Jasvender Kaur said Singapore "cannot allow any person or group to sow discord or promote enmity among the different religious or racial groups when we have worked so hard as a society to achieve religious and racial harmony".

Promoted
Listen to the latest songs, only on JioSaavn.com
The judge said she imposed only a fine considering the "strong sense of remorse" shown by Mr Nalla, who has apologised to different religious leaders and even visited a Jewish rabbi to offer his personal regrets.