Indian-Origin Mauritius Prime Minister Pravind Jugnauth Has A UP Connect

Pravind Jugnauth took oath on Tuesday after the elections which consolidated the grip of his Morisian Alliance on parliament. 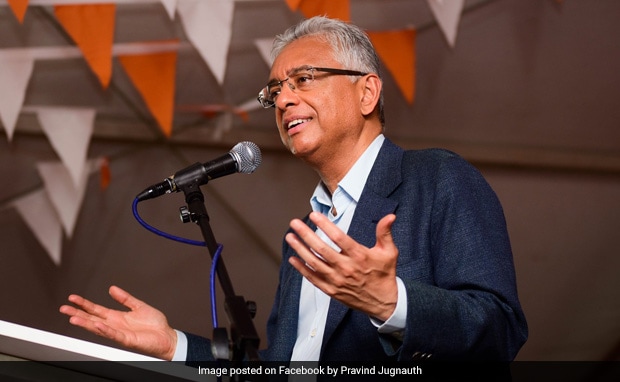 Pravind Jugnauth, 57, took over from his father in 2017 without going through a vote

The election of Pravind Jugnauth as the Prime Minister of Mauritius has created a buzz in the Uttar Pradesh's Ballia district's Rasra. Mr Jugnauth's ancestors are said to have migrated to the island-nation from Rasra.

Congratulatory messages are being exchanged over social media, celebrating the results of the elections last week in far-off Mauritius.

Incumbent Pravind Jugnauth took oath on Tuesday after the elections which consolidated the grip of his Morisian Alliance on parliament.

Rasra's sub divisional magistrate Vipin Kumar Jain said it has been established that Mr Jugnauth's ancestors were from the area, but the exact village is yet to be determined.

"Four people in Rasra have claimed that he belongs to their family," the SDM said.

Rasra MLA Uma Shankar Singh expressed happiness over his success and said people in the area are proud of his achievements.

"The central and state governments should make all-out efforts to find Jugnauth's village," he said, accusing them of not doing enough.

Mr Jugnauth, 57, took over from his father in 2017 without going through a vote, but his centre-right coalition scored a decisive in the November 7 elections.

Months ago, a diplomat from Mauritius visited Rasra, reportedly in a bid to trace Mr Jugnauth's ancestors.

Indian-origin people constitute nearly 70 per cent of the population of Mauritius. Their ancestors were sent there as indentured labourers during the British rule.