The Uber Eats delivery man in New York said the criminal who stabbed him didn't say a word -- and that bystanders did nothing. 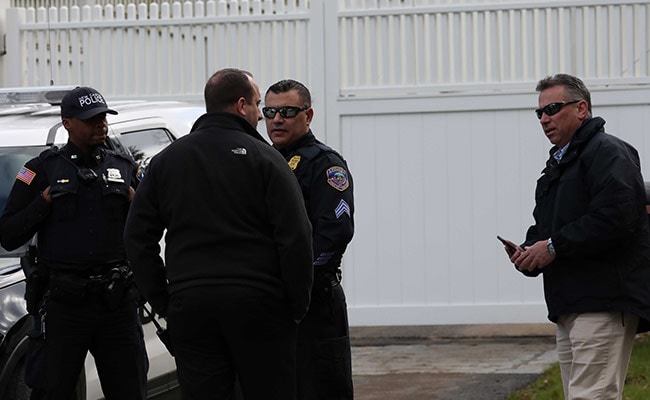 Indian American Bharatbhai Patel was stabbed on the Lower East Side, New York.

An Indian-American Uber Eats delivery person has been stabbed several times in an attack in the US by a career criminal with more than 100 arrests on his rap sheet, according to a media report.

Bharatbhai Patel was stabbed on the Lower East Side, New York on Tuesday by the ex-con described by police as a "super perp", The New York Post reported.

The Uber Eats delivery man told The Post on Tuesday that the man stabbed him on the Lower East Side without saying a word -- and bystanders did nothing.

"Nobody helped," Mr Patel told The Post. "He killed me here, here, here and here," he said, referring to the career-criminal suspect and pointing to his wounds.

"He asked nothing. Not, 'I need money.' Nothing," the report added.

"Maybe they need money or something for my bike," he said. "But the guy asked me nothing." Mr Patel said he saw around three people near him during the 3 am attack who did nothing to help -- leaving him to call 911 himself, the report added.

He speculated that the people may have been drunk.

"Maybe three people near me? They drink for alcohol. And the one lady, the bus, they were right there … (I) see the people, but nobody helped.” “All the time police there,” he added. "But this time, no police."

Mr Patel, 36, who is married and has a six-year-old son who live in Queens, was on Allen Street near Rivington Street when deranged suspect Sean Cooper -- who has 103 previous busts under his belt -- grabbed his e-bike, the man and cops were quoted as saying by the report.

Mr Patel clung to the bike and was stabbed multiple times, with the attacker then fleeing. The delivery man was treated at Bellevue Hospital for non-life-threatening injuries.

Cops later arrested Cooper, a 47-year-old career criminal with more than 100 arrests on his rap sheet and charged him with assault in the brutal attack.

Mr Patel said he was “surprised” by the attack, and recalled feeling pain.

Law enforcement sources said Cooper, whose nickname is “Big Coop,” is so well known to police that he's earned the moniker of “super perp,” the report said.

Copper was most recently arrested on September 18 on grand larceny and five petit-larceny charges, police said.

He was ordered held on $10,000 bail at his Tuesday night arraignment, with the judge citing, in part, his open warrants and past felony convictions.