Zakir Musa has become intensely popular not just among the valley's youth but also cadres of other terror groups in a very short span, according to the report by the Intelligence Bureau. 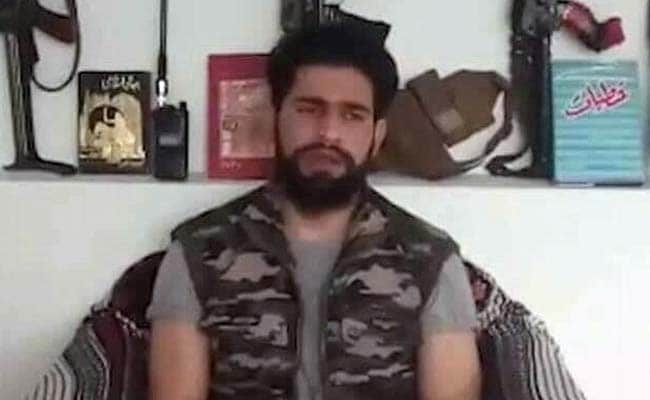 Former Hizbul Mujahideen commander and the head of al Qaeda-linked group Ansar Ghazwat-ul Hind, 23-year-old Zakir Musa sits at the top of a new list of most wanted terrorists who are currently operating in the valley.

According to the report prepared by the Intelligence Bureau, "Musa is considered quite dangerous because he's been using propaganda to call for an Islamic caliphate in Kashmir and throughout India, an ideology that's rapidly gaining ground in the valley."

The engineering dropout appears to have seen an increase in his following after quitting the Hizbul to head the al Qaeda linked group.

Second on the list is Riyaz Naikoo of Hizbul Mujahideen, who the report says is an 'A++' category terrorist. "He is just 29 years old but is one of the most experienced Hizbul commanders and at present head of operations in Kashmir," reveals a senior police officer.

The report says Naikoo took over from Yaseen Ittoo after his death in an encounter last month.  "Naikoo hails from Durbug, Awantipora. He is very tech savvy," adds the report.

Intelligence officials claim that Naikoo is considered to be moderate among the Hizbul terrorists. Recently, at a terrorist's funeral, he appeared in public to counter Zakir Musa's anti-Pakistan propaganda and tried to whip-up support for Pakistan.

Naikoo is said to be involved in several murders including that of policemen. To bolster his moderate image he had earlier during the year also released an 11-minute video asking Kashmiri Pandits to return to the valley.

"Remember the group photograph shared by Hizbul commander Burhan Wani? Padder is now the only active terrorist of the 12 men shown in the picture. Apart from Padder, only Tariq Pandit, who featured in that photograph, is alive as he had surrendered," reveals a senior police official.

The Intelligence Bureau report states that Padder comes from a family of farmers. Not much is known about him except for the fact that the Hizbul thinks highly of him. Padder is a school dropout who joined terrorism about four to five years ago. He was with the Lashkar-e-Taiba until he joined the Hizbul in 2015.

After Musa left as the chief of the Hizbul, Saddam Padder was one of the top contenders to be the next chief, a place later taken by Naikoo. While he might not be highly educated, he is considered a 'clever' terrorist and was among the few people whom Burhan Wani trusted.

Next on the list of most wanted is Zeenat-ul-Islam of Lashkar-e-Taiba. He is most likely to take on the Lashkar's leadership in the valley, as per the report.

"The 28-year-old is a resident of Sugan Zanipura, Shopian, and was recruited in 2015. He is considered one of the main accused in the Shopian attack in February that left three soldiers dead. Known as an IED expert, he is a former member of Al-Badar Militant outfit," the report states.

Promoted
Listen to the latest songs, only on JioSaavn.com
"He was once arrested in 2008 where he is said to have confessed to being an over ground worker (OGW). He was eventually released four years later and is said to have gotten married too before joining the Lashkar module," the report adds.

Last on the list of top five terrorists is Khalid of Jaish-e-Mohammed. Not much is known about the terrorist who operates in North Kashmir and now security agencies are suspecting that he was the mastermind who planned out an attack on a BSF camp in Srinagar.