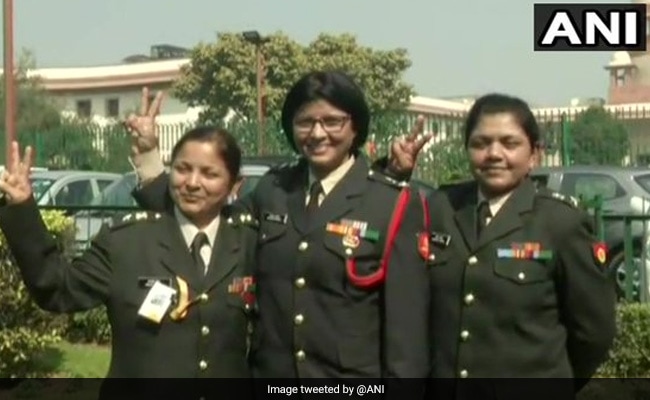 The Supreme Court on Monday declared that women officers will be eligible for command posting in Army. It said that the government's policy decision of 2019 to grant Permanent Commission to women Army Officers would apply to all female officers, even those who have completed 14 years of service.

A bench headed by Justice DY Chandrachud rejected the government's argument of "physiological limitations and social norms" for denying them permanent commission and command postings, saying it was against the concept of equality and smacked of gender bias.

Here is what the top court's order means for women in the military.

There does not appear to be any change in the position on women in combat roles. So they can still not be in the infantry, artillery and armoured corps.

A woman Colonel can now command a battalion of 850 men and based on merit, can rise to the rank of Brigadier, Major General, Lieutenant General and theoretically even Chief of Army Staff. But this would be virtually impossible without the experience of commanding multiple combat formations, which continues to be denied.

However, as a full Colonel, an officer gets the right to carry out independent tasks; in a purely operational context, a colonel is perhaps the most important role in the Army - they order, implement and are fully accountable.

Now, women could eventually be Engineer-in-Chief of the Indian Army, the Intelligence Chief of the Army, the head of Signals etc.

Today's order is a huge stepping stone towards women entering the combat arms of the Indian Army.