What Parineeti Chopra Said About Cycling To School Was 'Misconstrued,' She Clarifies

"I am responding now as I was travelling out of the country all this while. I would request everyone concerned to please not let menial things like this take precedence over what I was actually trying to say," said Parineeti Chopra 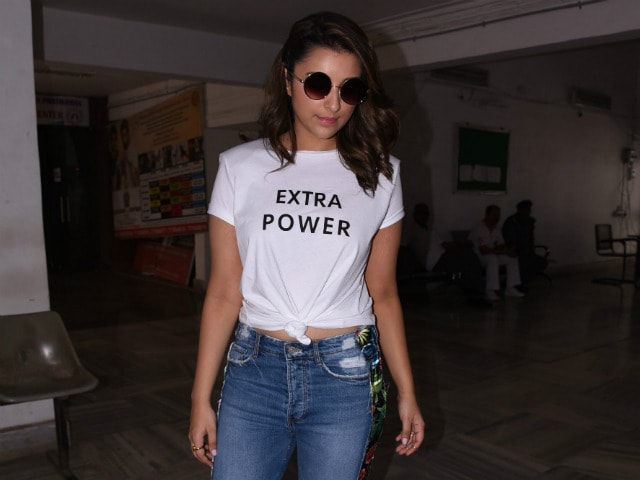 Parineeti Chopra photographed at the Women's Self Defence Centre in Mumbai

New Delhi: Parineeti Chopra recently said that she could not afford to take the bus and cycled her way to school as a student at an interaction with the students of Women's Self Defence Centre in Mumbai. Following her comments, the 28-year-old actress has been massively criticised for allegedly fabricating the story, particularly by some Facebook users who claim to be from the same school as Parineeti's. On Tuesday, the Ishaqzaade actress released a statement in an attempt to clarify what she actually meant, saying that her comments have been partially "misconstrued." Parineeti was speaking about the importance of self-defence at the graduation ceremony of the academy members and also added that she used to be harassed on her way to school in Ambala.

In her statement, Parineeti revealed what she meant while speaking at the academy. "As long as I was in school in Ambala, my brothers and I did not have access to a car and driver to take us to school, so they took the bus and I cycled. My dad followed close behind me to ensure I reached school safely. My dad did have a car that he used for his office work but we kids did not use it for school travel," she wrote.

This appears to be a distortion of what Parineeti actually said while interacting with the students of the academy. Parineeti's interaction at the academy can be watched in a video shared in a Facebook post below, which slams the actress for her alleged "sob story of no money no car". "Coming from the same school I probably also remember the car her father used to have. And going to school on a cycle was a trend those days and also a privilege not everyone had," read the Facebook post from May 23.

In her statement, Parineeti also mentions the reason for her delayed response to the criticism. "I am responding now as I was travelling out of the country all this while. I would request everyone concerned to please not let menial things like this take precedence over what I was actually trying to say," she said in her statement.