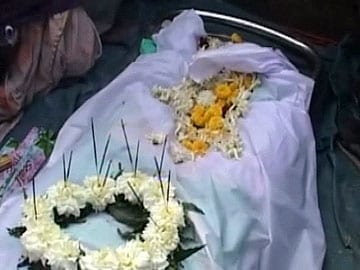 The teen, who was gang-raped in October, was set on fire in December.

Kolkata: The West Bengal government on Friday proposed before the Calcutta High Court the name of IPS officer Damayanti Sen, who had solved the sensational Park Street gang-rape case, to head a special investigation team to probe the alleged murder and gang-rape incident in Madhyamgram.

Advocate General Bimal Chatterjee, submitting before Justice Dipankar Dutta in connection with a petition seeking a CBI probe into the gang-rape and alleged murder of a 16-year-old girl, stated that if the court permitted, a special investigation team headed by Ms Sen could be formed.

Ms Sen, at present the DIG CID, had been unceremoniously transferred as DIG (training) at the Police Training College, Barrackpore after she had cracked the case of gang-rape of a woman in a moving car in the upmarket Park Street area in early 2012.

She was later made the DIG Darjeeling Range and was transferred again in August last year as DIG CID.

The AG submitted that investigation into the gang-rape of the girl at Madhyamgram in North 24 Parganas district has been completed and trial has begun today before the appropriate court in the district.

He submitted that investigation into the alleged murder of the girl may be handed over by the court to a special investigation team headed by Ms Sen.

The court asked the state to take consent of the officer and fixed the matter for further direction on Monday.

He also submitted all sort of protection has been given to the Jha family, which lost their only daughter when she died of burn injuries after she was allegedly set ablaze.

Claiming that the state police has been lackadaisical in investigating the case since October 26 when the hapless girl was gang-raped near her residence, her father Ramshankar Jha prayed for a CBI investigation before the high court.

The petitioner also claimed that with the police having failed to provide adequate security to the girl and her family even after she was shifted to a different area, it is difficult to put faith on such a force to hold a proper investigation.

The victim, daughter of a taxi driver, was gang-raped on October 26 last year and again when she was returning home after lodging a police complaint.

She died in a hospital last week from burn injuries after she was allegedly set ablaze by associates of the rape accused.

Promoted
Listen to the latest songs, only on JioSaavn.com
All the accused in connection with the gang-rape and alleged murder have been arrested.