The decision was taken in the wake of the chief electoral officer receiving "several complaints against Mondal", he said. 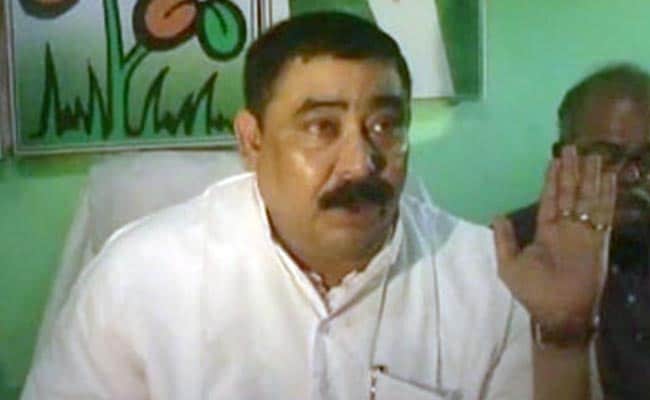 "They have put me under surveillance, not under house arrest," Anubrata Mondal said. (File)

The Election Commission on Tuesday placed Trinamool Congress Birbhum president Anubrata Mondal under strict surveillance from 5 pm till Friday 7 am, an official said.

The decision was taken in the wake of the chief electoral officer receiving "several complaints against Mondal", he said.

"In view of the feedback received from various sources and as per the report of the DEO and SP, Birbhum, the commission has directed that Mondal be under strict surveillance of the executive magistrate and CAPF for ensuring free and fair elections," the official said.

During this period, videography would be conducted "with date and stamping".

A total of 11 constituencies in Birbhum are scheduled to go for polls in the eighth and final phase of the assembly elections on Thursday.

Mr Mondal was placed under similar surveillance during the 2019 Lok Sabha elections and the 2016 assembly polls.

Reacting to the poll panel's directive, Mr Mondal said it has become a common practice and the people of the state will give a befitting reply.

"They have put me under surveillance, not under house arrest. The EC does it every time. I will go to my office as usual and will be accompanied by central forces and other officials," he said.

"There is no harm in this arrangement. The game will not stop," he asserted.

West Bengal BJP president Dilip Ghosh welcomed the decision, contending that if the chief minister can be restricted from campaigning for two days, why would there not be strict measures for "someone like Mondal".

"Free and fair polling is not possible if Mondal is not kept under surveillance. He is a person who asks people to attack the police with bombs... If he is not kept under watch, the police and the administration will be under tremendous pressure. This is a good decision," Mr Ghosh said.