This sale is applicable on one-way and return travel in economy and premium economy classes, Vistara said. 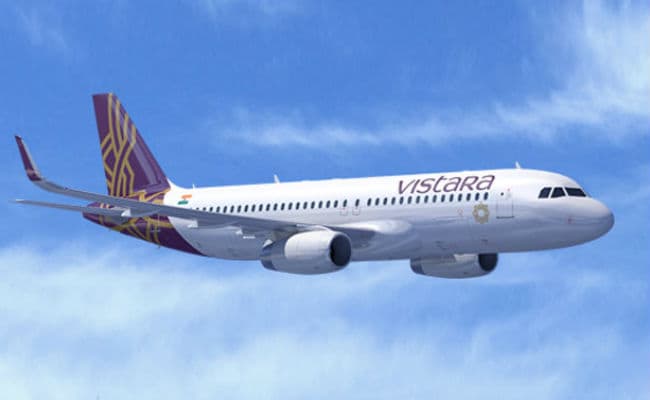 Discover what makes our @Airbus A320neo not just another flying experience. #NotJustAnotherNeopic.twitter.com/BJXiEYmlgf

The Great Monsoon Sale is applicable for bookings made 15 or more days in advance. Bookings for the sale can be made at the airline's website - airvistara.com, mobile apps (available for iOS and Android), Vistara Airport Ticket Offices and through its travel partners, it noted.

Seats
Without divulging the number of special fare seats under offer, Vistara said: "Seats are limited, grab them before they are gone! ... Based on the availability of seats under the sale, fares reflecting on www.airvistara.com and mobile app are the discounted sale fares."

Vistara also shared a few examples of economy class and premium economy fares under the Great Monsoon Sale scheme. Here are some of those all-inclusive fares: 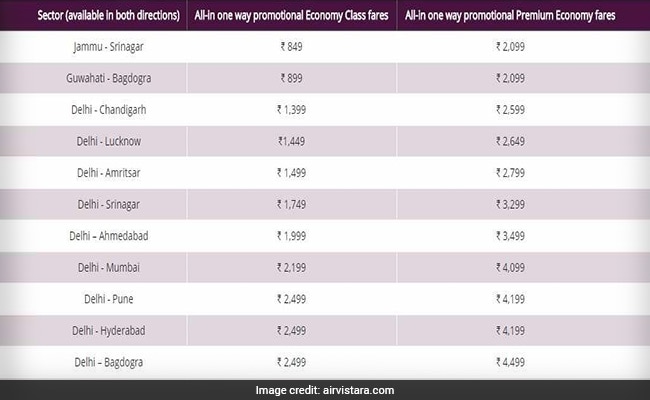 Many airlines are offering hefty discounts on fares ahead of a lean season starting July, some analysts said.

Rival airline IndiGo is offering all-inclusive fares below Rs 900 in a limited-period scheme open till June 14. Valid on select one-way routes, IndiGo's Rs 899 offer is applicable for travel between July 1 and September 30.

Domestic airlines carried 364 lakh passengers during January-April 2017 as against 309.35 lakh in the corresponding period a year ago - an increase of 17.71 per cent, according to data from Directorate General of Civil Aviation. The passenger load factor in the month of April 2017 showed an increasing trend compared to previous month primarily due to beginning of holiday season.

Meanwhile, in a recent post on microblogging site Twitter, Vistara advised its customers "to report for check-in 120 minutes before flight departure to ensure they do no miss their flights".

Important Information for our Customers pic.twitter.com/O58FAnnL4x