The driver of the speeding car fled soon after the accident in which five people were injured. 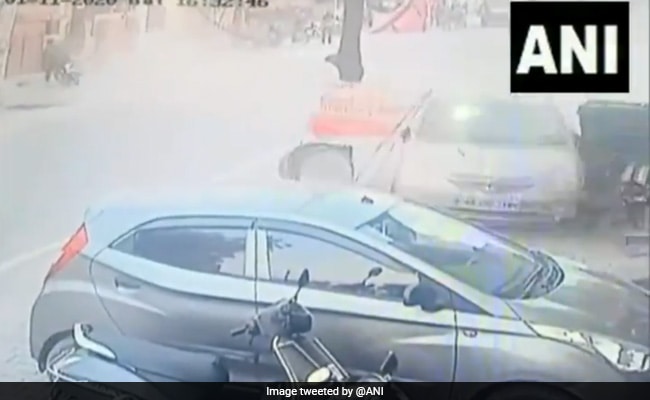 According to an eyewitness, three or four people were inside the speeding car.

A speeding car hit two bicycle riders, smashed into a stationary car on the roadside and then collided with a motorcycle in Yamunanagar, Haryana, injuring 5 people, on Saturday evening.

The driver and other occupants of the car fled from the spot soon after the accident.

"A high-speed Honda City car first hit two bicycle riders on the road and then crashed into a stationary car parked on the roadside. The car then hit a bike rider and the driver fled from the spot," Bansi Lal, an eye witness, said.

According to him, three or four people were inside the speeding car.

#WATCH Haryana: A speeding car hits a cycle, a motorcycle and a parked car on a road in Yamuna Nagar, 5 people injured. Police have begun investigation. (11.1.20) pic.twitter.com/b52Qz3whNQ

The police reached the spot and seized the car while search is on for the accused.

"We had received information that a high-speed car has hit some people. We reached the spot to find that the car driver had escaped from the spot. The car is in our possession and the accused is being searched. We found a hookah in the car indicating that the driver may have been in a drunken state," said Inspector Mehar Lal.

An investigation is underway, the police said.