Varun Dhawan, Anushka Sharma Team Up For Their First Film Together, Sui Dhaaga

"Anushka and me are teaming up for the first time so I am sure there will be fireworks," said Varun Dhawan 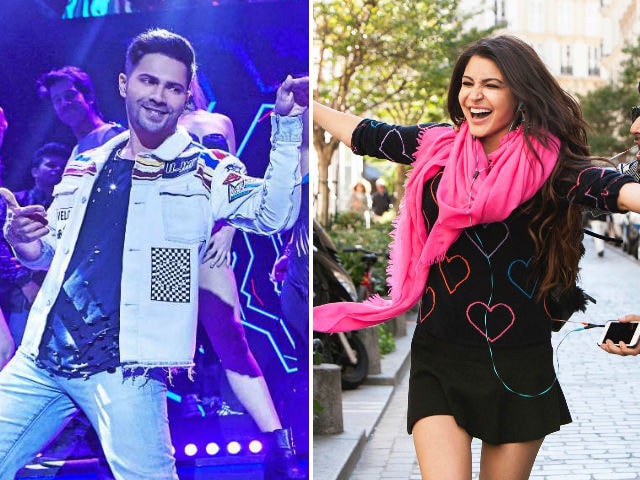 Sui Dhaaga is a first time collaboration between Varun and Anushka

New Delhi: Anushka Sharma is all set to return to Yash Raj Films, the production house which introduced her to Bollywood in 2008. This time, the 28-year-old actress will share screen space with Varun Dhawan in a film titled Sui Dhaaga - Made In India. This is a first time collaboration between Varun and Anushka and also marks the 30-year-old actor's first film with Yash Raj. Written and directed by Sharat Katariya, Sui Dhaaga will be produced by Maneesh Sharma, who helmed movies like Shah Rukh Khan's Fan, Shuddh Desi Romance and Ladies vs Ricky Bahl. Maneesh has also directed Anushka in 2010 film Band Baaja Baaraat, which was his debut as a director. Sui Dhaaga will begin shooting in January 2018 and is expected to hit screens on Gandhi Jayanti the same year.

Anushka, who is currently busy with the promotions of Jab Harry Met Sejal, said she's excited about everything related to the film. "I always get excited with unique ideas that have human interest stories. Sui Dhaaga is a story of self-reliance that I believe will connect to the grassroots level with every Indian. And am really looking forward to work with Varun Dhawan and the team of Maneesh Sharma and Sharat Katariya," said the actress.

Meanwhile, Varun said he's looking forward to work with Anushka and that there will be "fireworks": "From Gandhiji to Modiji, our country's leaders have always endorsed the mantra of Made in India. With Sui Dhaaga I am proud to take their message to millions of movie lovers in a manner that is entertaining and relevant. I really liked the script Sharat had written and I am happy that I am teaming up with YRF on this movie. Anushka and me are teaming up for the first time so I am sure there will be fireworks."

Promoted
Listen to the latest songs, only on JioSaavn.com
Director Sharat Katariya, who worked with Maneesh for the critically acclaimed 2015 drama Dum Laga Ke Haisha, said: "Finally, we have a story worth telling. It's a great feeling to begin again. There is excitement mixed with nervousness. There is joy of reuniting with old friends and new collaborators. Everyone is even more experienced than before. Hoping we'll work again with the same innocence and joy."

Anushka Sharma also has films like Pari, the Sanjay Dutt biopic and Aanand L Rai's much talked-about project in the pipeline. Meanwhile, Varun Dhawan will next be seen in Judwaa 2.