Poor Prabhas. First Katappa And Now Varun Dhawan. That Must Have Hurt

At Karan Johar's party on Monday night, Varun Dhawan tweeted a picture of himself casually stabbing Baahubali's Prabhas in the back 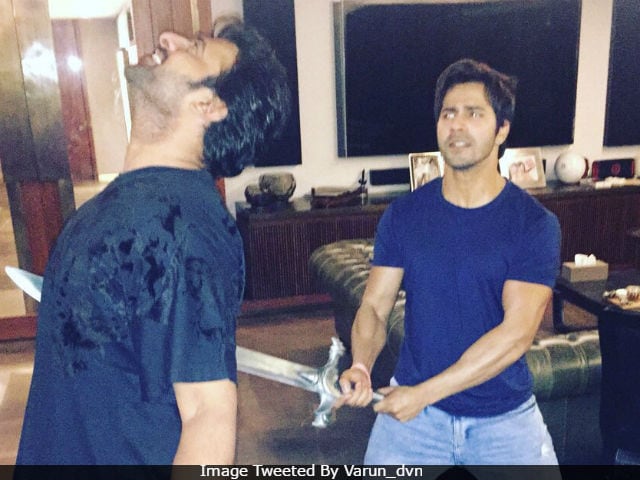 New Delhi: Nothing to see here really. Just Varun Dhawan casually stabbing Prabhas in the back, just as Katappa did in Baahubali: The Beginning. "Prabhas is really cool and down to earth. More power to him, but I've got his sword now," wrote the unrepentant actor on Twitter. Umm, ouch? Prabhas, poor guy, seems fated to be the subject of sword-related humour forever and a while. For those of you who don't know (clearly having spent the last couple of months on another planet), Prabhas is the star of the Baahubali films, in the first of which his character was foully betrayed and murdered by his trusted senapati, the now infamous Katappa, played by actor Sathyaraj.

So this is what went down between Prabhas and Varun Dhawan:

#bahubali . Did only what #katappa did before this. #Prabhas is really cool and down to earth more power to him but iv got his sword now. pic.twitter.com/2EtAl98b1D

The mise-en-scene is filmmaker Karan Johar's Mumbai apartment, where the two actors were invited with a bunch of others on Monday night. KJo own the Hindi rights to the Baahubali films, the second of which released at the end of April and which has made a heart-stopping Rs 2,000 crore-plus worldwide - till now. The Hindi dub of Baahubali alone shattered several box office records, so Karan Johar and friends have many and continued reasons to celebrate.

Promoted
Listen to the latest songs, only on JioSaavn.com
Here are pictures of Prabhas and Varun Dhawan being driven to KJo's house: 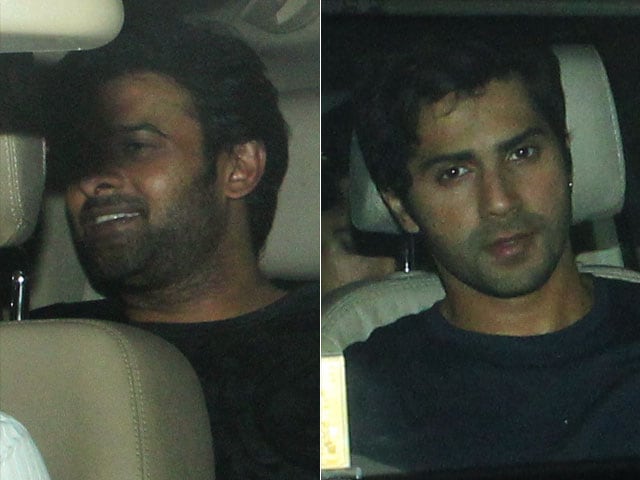 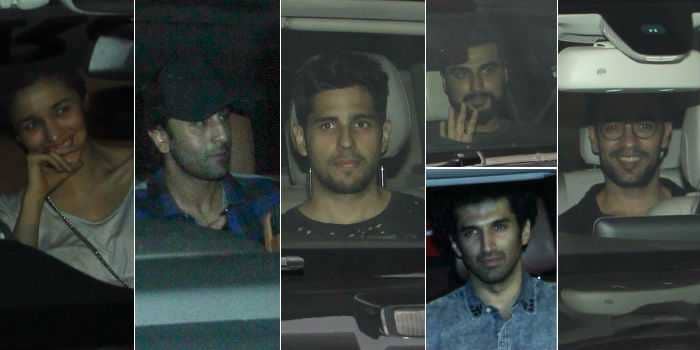 Alia, Ranbir, Sidharth and others photographed outside Karan Johar's residence

Baahubali 1 and 2, directed by S S Rajamouli, were a five-year project. Both Prabhas and Rana Daggubati have moved on now - Prabhas is working on Saaho