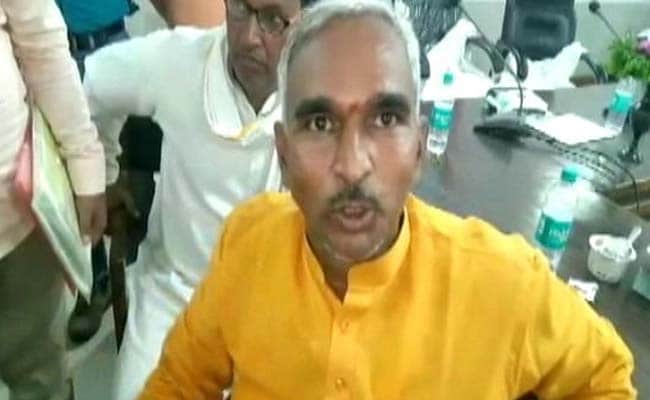 A BJP lawmaker from Uttar Pradesh, who earlier blamed the lack of parental discipline and the use of cellphones by women for the rising incidence of rapes, has now indicated that sexual assault is inevitable. "Even the Lord Ram won't be able to stop it," he said.

The lawmaker, who represents Bairia in Uttar Pradesh is known for his controversial comments. Earlier, he had said "prostitutes are better than government officers", since the latter take money but doesn't do the job.

On Saturday, speaking at a function in Ballia, around 350 km from state capital Lucknow, he said, "I can say this with full confidence that even Lord Ram will not be able to prevent such incidents".

This, he said, was "natural pollution, which has not left anybody untouched". "It is people's responsibility to treat others as their family, as their sisters. We can only control it through values, not the constitution," he later told news agency ANI.

In the recent past, Mr Singh had come out in support of another BJP lawmaker Kuldeep Singh Sengar, who is in Sitapur jail as an accused in the Unnao rape case. No one can rape a mother of three children, he had said.

"I am speaking from the psychological point of view; no one can rape a mother of three children. It is not possible, this is a conspiracy against him (Kuldeep Singh Sengar)," he had told ANI, adding, "Yes maybe her father was thrashed by some people but I refuse to believe rape charge."

He had also called West Bengal Chief Minister Mamata Banerjee "Surpanakha", the evil sister of demon king "Ravana" in Ramayana, and claimed that Bengal could turn into Jammu and Kashmir from where Hindus had to migrate.

After the BJP's recent defeat in the by-elections in Kairana and Noorpur, he had blamed the ministers in the Yogi Adityanath government.