US Box Office: Can Pirates Of The Caribbean Break May's Non-Superhero Curse?

Latest film Alien: Covenant underwhelmed with a $36 million domestic debut. Can the latest Pirates of the Caribbean installment, which releases this Friday in USA, break that curse? 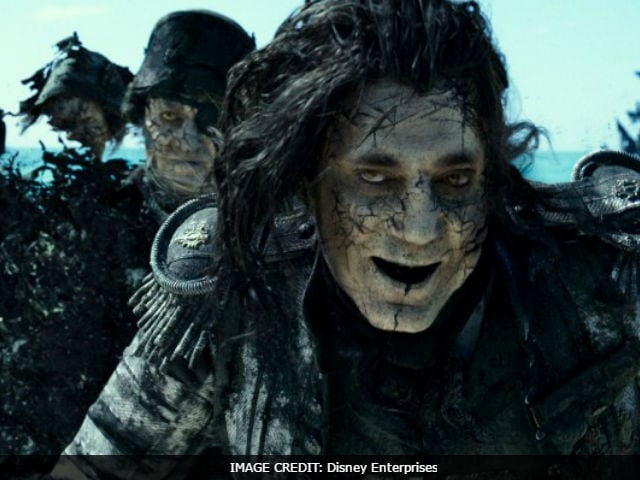 Washington: May came in like a lion for Guardians of the Galaxy Vol 2, but the month has made box-office mutton of some big-budget action-adventure films that failed to feature superheroes.

Can the latest Pirates of the Caribbean installment break that curse?

Over the weekend, Fox's new Alien: Covenant underwhelmed with a $36 million domestic debut, according to studio estimates Sunday - a significant drop from its Alien predecessor, Prometheus, which opened to $51 million in 2012. The latest Alien is again directed by Ridley Scott, and again stars Michael Fassbender, but that might not be enough for "Covenant" to catch up to Prometheus.

Covenant edged Guardians 2 by less than $1 million, meaning even that race could tighten when final numbers land Monday afternoon.

That result comes one week after WB's King Arthur: Legend of the Sword bombed with a mere $15.4 million domestic opening. The Guy Ritchie film, which has a $175 million production budget, has grossed $93.4 million worldwide.

Disney/Marvel's Guardians 2, meanwhile, now sits at $302 million domestically and $732.6 million worldwide. It is North America's second biggest film of the year, trailing only Disney's Beauty and the Beauty ($497.8 million), which opened in March.

Now, another Disney release, Pirates of the Caribbean: Dead Men Tell No Tales (which officially opens Friday), has a challenging journey in the crowded superhero marketplace. The previous film in the franchise, 2011's On Stranger Tides, opened to $90.2 million domestically on a $250 million production budget - a dropoff for Pirates - but was rescued by big international receipts, ultimately topping $1 billion in global gross.