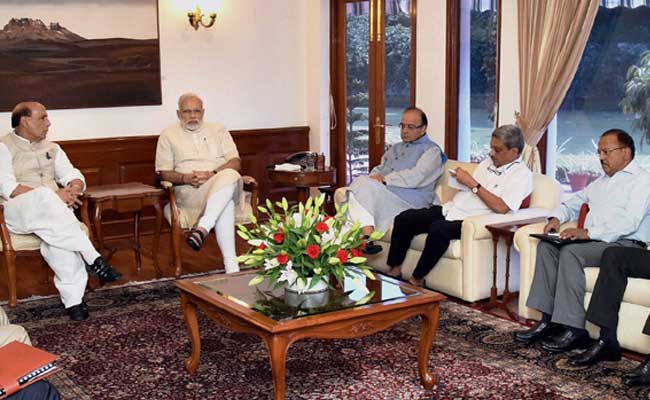 The issue of intelligence gathering came up at the meeting chaired by Prime Minister Narendra Modi.

New Delhi: The government is likely to look into "lapses", including those in intelligence gathering, leading to the terror attack at the army camp in Uri town that left 18 soldiers dead, informed sources said.

Sources said that the issue figured at the high-level meeting chaired by Prime Minister Narendra Modi on Monday morning to formulate an appropriate response in the wake of the terror attack.

They said that the government is expected to fix responsibility for any lapses in intelligence gathering at civil or military level and take action.

"There have been failure of intelligence both civil and military. Jaish-e-Mohammad and the Pakistan establishment must have planned it for weeks, if not months. But there was no clue. This was a case of lapse," said a key source in the government privy to the deliberations at the high-level meeting.

"We are very serious this time...some heads could and should roll," the source added.

Promoted
Listen to the latest songs, only on JioSaavn.com
They said that the issue of "intelligence gathering" came up at the meeting and both the Prime Minister and Home Minister Rajnath Singh referred to it.