Vikas Dubey is the main accused in the ambush and murder of eight policemen last week in Uttar Pradesh's Kanpur. He was arrested inMadhya Pradesh's Ujjain this morning.

Two aides of notorious gangster Vikas Dubey, the main accused in the ambush and murder of eight policemen last week in Uttar Pradesh's Kanpur, were shot dead early Thursday morning in separate encounters in the state when they were trying to escape, the police said. Hours later, Vikas Dubey was arrested in Madhya Pradesh's Ujjain.

Prabhat, one of the two aides, was arrested on Tuesday from Haryana's Faridabad, about an hour away from Delhi, after Dubey was spotted at a hotel in the city. He was being brought back to Kanpur with another man arrested along with him when he tried to escape, according to the police.

"The cops who were with Prabhat were trying to change the police van's tyre when Prabhat snatched a pistol from them and tried to escape. He shot at the cops and the policemen retaliated. He was injured in the leg and taken to a hospital where he died due to injuries," senior police officer Prashant Kumar said.

Another aide shot dead this morning - Bauva Dubey alias Praveen - had a bounty of Rs 50,000 on him. The encounter took place in Etawah, about 220 km from state capital Lucknow.

"At around 3 am, a Swift Dzire was looted by four armed men on a Scorpio. They were stopped about an hour later by cops when they tried to escape. The police chased them and an unidentified man suffered multiple injuries in crossfire. He was declared brought dead at the hospital," senior police officer Akash Tomar said. The man was later identified as Praveen, Dubey's aide. 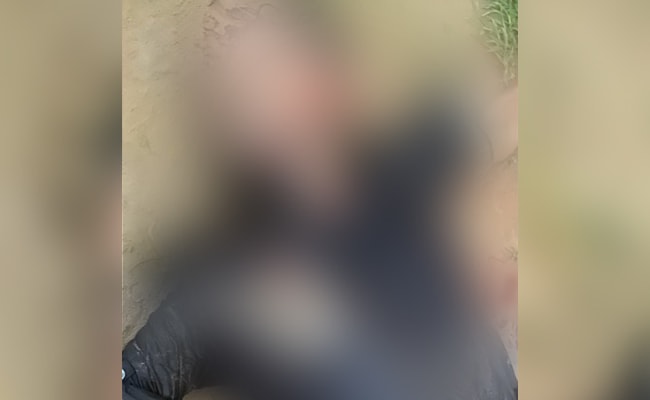 Praveen, Vikas Dubey's aide, was shot dead in an encounter in Etawah.

One pistol, a double barrel gun and several cartridges were recovered during the encounter. Three other men who were with Ranbir managed to escape.

Last week, eight policemen were ambushed and killed when 50 policemen from three stations went to Bikru village in Chaubeypur area of Kanpur to arrest gangster Vikas Dubey in an attempted murder case.

Dubey - charged in 60 criminal cases including murder, kidnapping, extortion and rioting- was missing since Friday's massacre. A massive hunt was launched to arrest him and the bounty on the gangster was doubled from 2.5 lakh to Rs 5 lakh on Wednesday.

On Wednesday, one of his close aides - Amar Dubey - was chased down and shot dead in Hamirpur district. Amar Dubey was number one on the list of 15 of Vikas Dubey's aides being hunted by the police since the killing of cops in Kanpur during the failed raid.

Another aide - Shyamu Bajpai - was arrested in a separate encounter in Kanpur on Wednesday.