Tracing Cyclone Ockhi In India: All You Need To Know

Originating near Sri Lanka over the Bay of Bengal on November 29, Cyclone Ockhi moved over the Arabian Sea via Kanyakumari, triggering heavy rains and high speed wind. 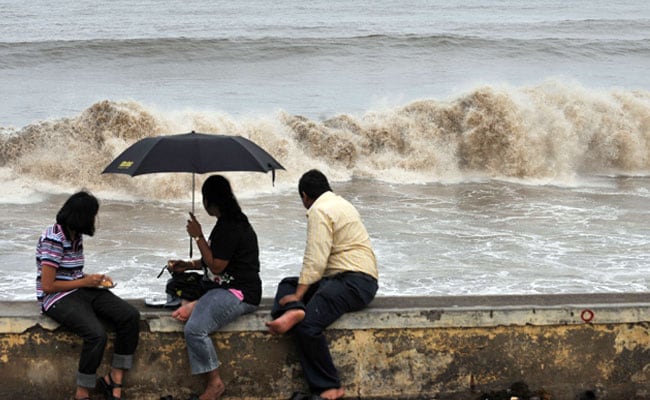 Cyclone Ockhi was named by Bangladesh after the Bengali word for "eye" and is considered to be the most intense cyclone to transverse the Arabian Sea since 2015's Cyclone Megh that affected Oman, Somalia and Yemen, killing 18 people. Originating near Sri Lanka over the Bay of Bengal on November 29, Cyclone Ockhi moved over the Arabian Sea via Kanyakumari, triggering heavy rains and high speed wind. A deep depression in the Bay of Bengal near Tamil Nadu intensified on November 30 and it strengthened on December 1. The cyclone moved to Lakshadweep on December 2. Currently, the storm is hovering over northern Maharashtra and is likely to make a landfall near Surat in Gujarat.

Cyclone Ockhi in India: Here are all the updates

A deep depression in the Bay of Bengal near Tamil Nadu intensified into Cyclone Ockhi. This resulted in strong winds and heavy showers that uprooted more than 500 trees, snapped power lines, damaged settlements. In Kanyakumari, the situation was particularly worrisome and over 1,000 people were evacuated from the low-lying areas. Thirteen people died in coastal Kerala and Tamil Nadu. Nearly 90 fishermen remained missing as the cyclone headed towards Lakshadweep. 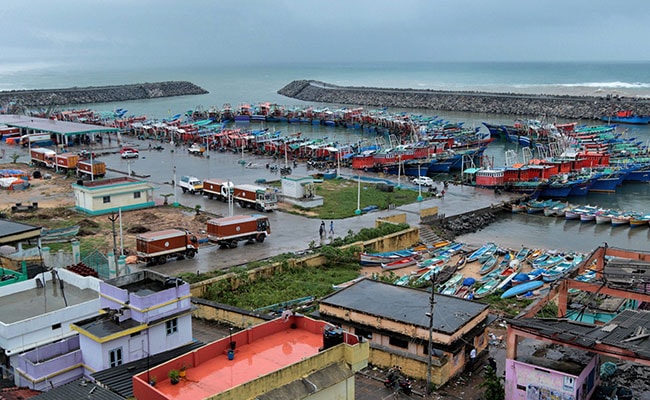 In Lakshadweep, Cyclone Ockhi damaged five fishing boats. Over 1,000 people were evacuated to the relief camps. The cyclone moved beyond Lakshadweep towards Mumbai and Gujarat on the same day.

Kerala Chief Minister Pinarayi Vijayan said that 531 stranded fishermen were rescued from Kerala and Lakshadweep coasts and a compensation of Rs 10 lakh was announced to the family of those who died in the storm.

The Kerala government urged the Centre to declare Cyclone Ockhi as a national calamity. 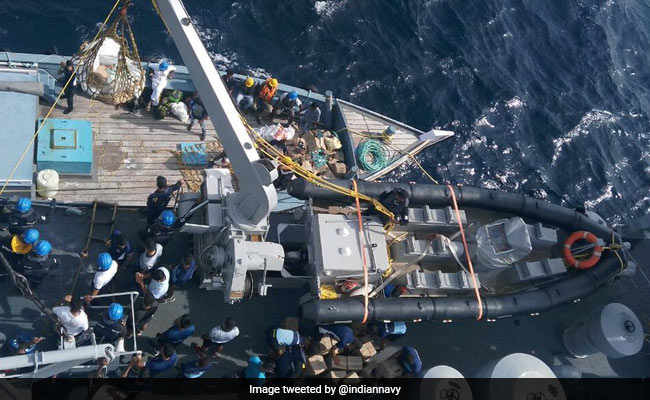 Union Minister Alphons Kannanthanam, who is from Kerala, said that Cyclone Ockhi cannot be called a national disaster as there is no such scheme, but assured all necessary assistance to tackle the situation.

The MeT department issued an alert for fishermen in Maharashtra and Gujarat, saying that the sea along north Maharashtra and South Gujarat coasts will be very rough on December 4 and 5.

The Defence Minister Nirmala Sitharaman tweeted that "390 fishermen from Kerala had been rescued. Around 100 fishermen are still missing."

Families of fishermen hit the streets in protest, demanding that searches be intensified. The death toll in Kerala and Tamil Nadu reached 20.

The Navy assured its relentless efforts in providing relief and 10 of its ships and eight aircraft were involved in the continuing search and rescue operations in the southeast Arabian Sea, Lakshadweep and Minicoy islands.

The angry fishermen community protested before Kerala Chief Minister Pinarayi Vijayan. Defence Minister Nirmala Sitharaman met the families of the missing fishermen and assured that "there will not be any dilution of operations".

Meanwhile, Maharashtra geared up for the cyclone impact and deployed police and security forces and updated emergency numbers. It also declared holiday in schools and colleges in Mumbai and adjoining districts on December 5, as a precautionary measure. Rain started in Mumbai during the afternoon. 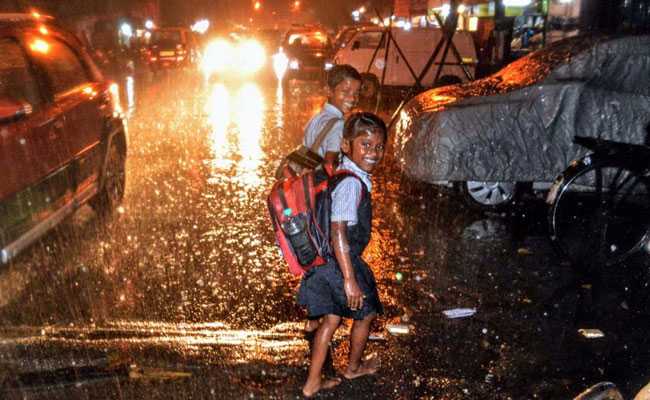 Cyclone Ockhi which held the "very severe" cyclone status has weakened into a "severe" cyclone, the MeT office said. Cyclone Ockhi-driven rains lashed Mumbai and an alert has been sent to Gujarat, where it is expected to make a landfall. The India Meteorological Department warned of heavy rainfall in north Konkan and north Madhya Maharashtra. Heavy rainfall is likely to occur in Gujarat's Valsad, Surat, Navsari, Bharuch, Dang, Tapi, Amreli, Gir-Sonath and Bhavnagar districts on December 5, it said.

Maharashtra and Gujarat governments are preparing for any emergency. As Cyclone Ockhi gets closer to Mumbai's coast, the Brihanmumbai Municipal Corporation (BMC) has told the police, fire brigade, coast guard, NDRF and the Navy to be on their toes till December 7. Mumbai's railways has deployed extra personnel for crowd management. The railways has also conducted a mock drill in preparation for Cyclone Ockhi.  People have been advised against visiting beaches. Fishermen have been asked not to venture out into the sea and Coast Guard has also deployed all its resources.

In Gujarat too, teams of the National Disaster Response Force or NDRF have been stationed along the coast near Surat and Saurashtra.

The Prime Minister appealed the BJP workers to focus on assisting the people of Gujarat.

Promoted
Listen to the latest songs, only on JioSaavn.com
"With Cyclone Ockhi expected to make a landfall in Gujarat, I appeal to @BJP4Gujarat Karyakartas to focus on helping people across the state. Our Karyakartas should devote themselves to providing all possible assistance and stand shoulder to shoulder with fellow citizens," PM Modi tweeted this morning.

With #CycloneOckhi expected to make a landfall in Gujarat, I appeal to @BJP4Gujarat Karyakartas to focus on helping people across the state. Our Karyakartas should devote themselves to providing all possible assistance and stand shoulder to shoulder with fellow citizens.

Meanwhile, the search and rescue operations have been intensified to trace the 92 missing fishermen in the aftermath of the cyclone in Kerala.

State Minister for Fisheries Mercykutty said that of the 25 deaths reported so far, 21 were fishermen.