Hours after the IMD or Indian Meteorological Department has issued a cyclone alert, the Bay of Bengal depression became a cyclone named Ockhi. 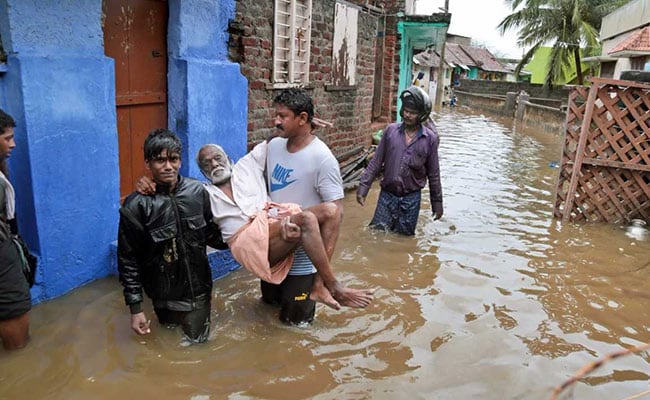 Chennai: A depression over the Bay of Bengal intensified into a cyclone, dubbed Cyclone Ockhi on Thursday, which has led to the death of four people in Kanyakumari district. The situation is particularly worrisome in Kankyakumari, where over 845 people have been evacuated from the low lying areas. The MeT department has predicted more heavy rainfall to Tamil Nadu, Lakshadweep and parts of Kerala in the coming week. The IMD said it expects rainfall at most places with heavy to very heavy rainfall at isolated places very likely over south Tamil Nadu and south Kerala during the next 24 hours and isolated heavy falls during the subsequent 24 hours. Rescue operations are on by the Southern Naval Command, which has deployed three ships and two aircraft to locate around 13 fishermen who are missing. Sea conditions are expected to be very rough in the area, the weather office said. The IMD also said it expects damage to power and communication lines due to falling tree branches and uprooted trees. It also warned those living in thatched huts of damage and minor damage to pucca roads.
Nov 30, 2017 23:04 (IST)

Four deaths in Kerala due to cyclone Ockhi 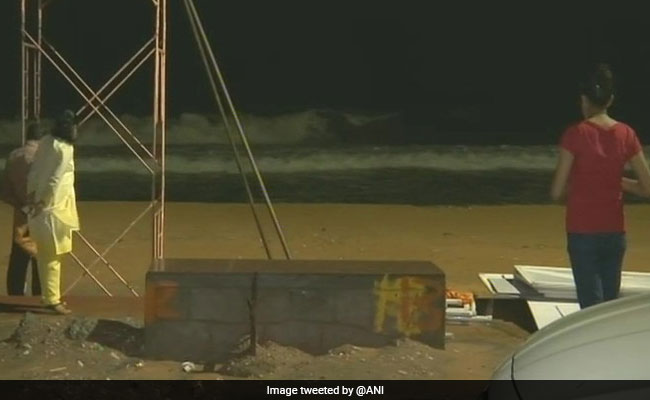 Cyclone Ockhi is likely to intensify into severe storm by tomorrow morning with wind speed upto 120 kmph, according to the weather forecast. Lakshadweep, South Kerala and Tamil Nadu are likely to be hit by heavy rainfall. 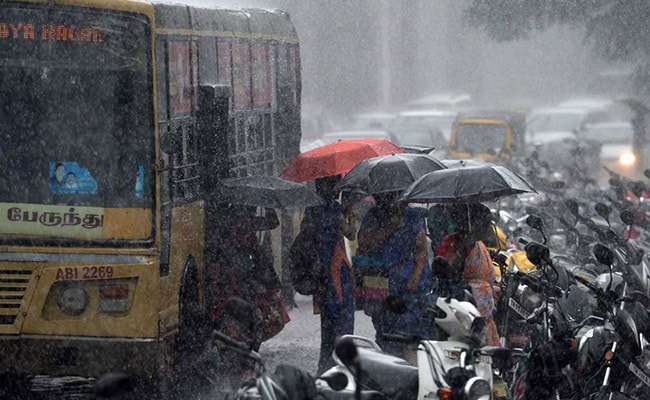 The Tamil Nadu State Disaster Management Agency of Government has released an advisory, following cyclone Ockhi, listing the precautions which need to be followed in the unpredictable weather conditions in the state.

Safety tips and DOs and DON'Ts for #kanyakumari people for #CycloneOckhipic.twitter.com/SX9SwZDGE5

Mukkadal Dam in Kanyakumari has reportedly reached full level. Excess water is being let off from the damn to prevent flooding.

Nov 30, 2017 19:21 (IST)
825 people evacuated from low lying areas in Kanniyakumari, 985 electric polls affected
Over 825 people have been evacuated from low lying areas of Tamil Nadu's Kanyakumari district, where over 16 houses were completely damaged by the cyclone. Around 985 electric poles were affected due to the weather conditions in the state. 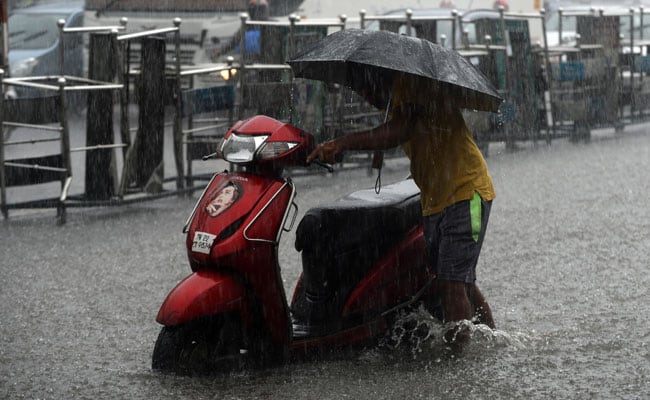 All schools in Kerala's Thiruvananthipuram and Kollam districts will remain shut as a precautionary measure by the government. Other towns in coastal areas are likely to take the same measure.

Chennai Weather: Rain Batters Tamil Nadu, Cyclone Ockhi Heads For Lakshadweep: 10 Points
Four people were killed as heavy rain hammered coastal Tamil Nadu today after a depression in the Bay of Bengal turned into a cyclonic storm called Cyclone Ockhi about 60 km from the southern tip of the state. With the cyclone headed west towards Lakshadweep, it is unlikely to make a landfall in Tamil Nadu, the weather office said. Schools in seven districts of the state including Thoothukudi, Tirunelveli, Kanyakumari and Virudhunagar were closed. In Thoothukudi and Kanyakumari, strong winds uprooted trees, snapped power lines and damaged settlements close to the sea. Heavy showers are likely to continue for the next 24 hours.
Nov 30, 2017 18:59 (IST)

Cyclone Ockhi: 10 Point-Guide To Be Disaster-Ready
Very heavy rain is forecast for south Tamil Nadu, Lakshadweep and south Kerala for the next 24 hours.
Nov 30, 2017 18:54 (IST)

The Southern Naval Command is gearing up for humanitarian assistance and disaster relief that may be required due to the effects Cyclone Ockhi in the southern part of Kerala, says news agency ANI.

3 ships, 2 aircrafts deployed to look for 6 missing fishing boats due to cyclone Ockhi 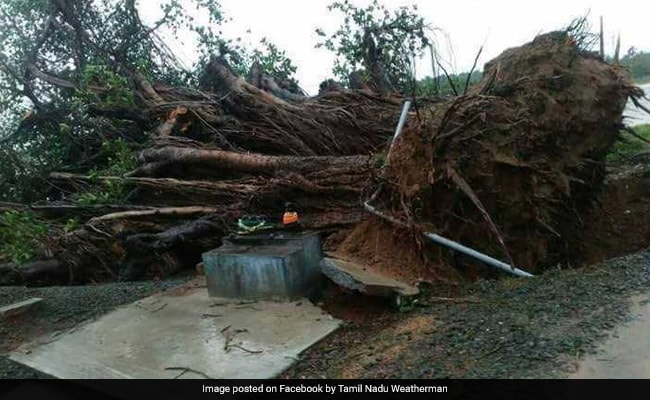 Courtallam waterfalls in Tirunelveli declared out of bounds for tourists Senior Meteorologist Jason Nicholls said that areas surrounding Tamil Nadu to Odisha in east India might be needed to put on alert for possible impacts later next week due to cyclone Ockhi.

System pushing into Andaman Sea likely strengthens to a depression then cyclone over the next several days. Areas from #TamilNadu to #Odisha in E #india will need to be alert for possible impacts later next week. pic.twitter.com/GZpJG0zVdn

Our thoughts with people suffering in Kanyakumari, says Kamal Haasan

Actor Kamal Haasan today tweeted over the endless rain in Tamil Nadu which has resulted in the death of four people. "Kanniyakumari floats in rain. Our thoughts with people suffering there," the actor tweeted in Tamil.

Nov 30, 2017 15:11 (IST)
Fishermen in Kanyakumari, Tuticorin, Rameswaram have been asked not to venture out into sea till Dec 1 as wind speed will be 65-70 kmph. Sea will be rough: Chennai Met Office

Nov 30, 2017 14:51 (IST)
Latest on cyclone Ockhi
2 NDRF teams with 60 personnel rush to Kanyakumari
A  team of 47 NDRF personnel to be stationed in Kochi for requirements in Lakshadweep 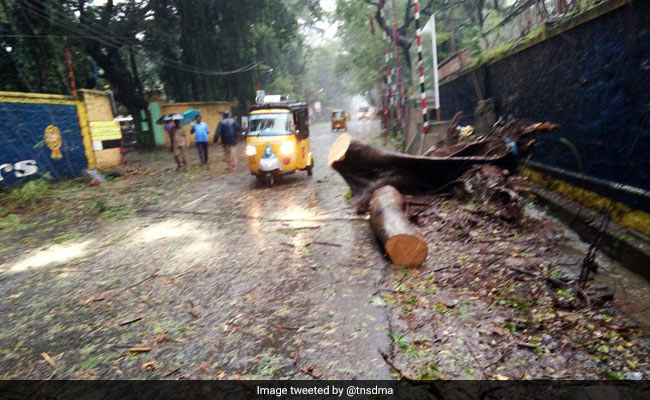 Kanyakumari administration swiftly responds and clearing trees in major roads
Nov 30, 2017 13:18 (IST)
Nov 30, 2017 13:13 (IST)
According to SkymetWeather, damage expected over Alappuzha, Kottayam, Idukki, Kollam, Pathanathitta, Thiruvananthapuram in south Kerala, adjoining districts of south TamilNadu such as Kanyakumari, Tutukudi, Tirunelveli and Lakshadweep
Nov 30, 2017 13:05 (IST)
Weather monitoring agency Skymet says it expects rainfall at most places with heavy to very heavy rainfall likely at isolated places over south Tamil Nadu, south Kerala over the next 24 hours. Isolated heavy rain is expected over interior Tamil Nadu and Kerala during subsequent 24 hours.
Nov 30, 2017 13:02 (IST)
Before it turned into a cyclone here is the kind of damage it caused in Kanyakumari.

Take a look at the present #wind pattern and #Rainfall status across South #India#Cyclone#Ockhi#CycloneOckhi#Weather#cyclone1#cyclonealert#Chennai#Chennairains#Kerala#TamilNadupic.twitter.com/KcCCT2XX02