The Katrina Kaif Vs Ranbir Kapoor 'Competition' Is A Thing Now. Pick A Side

A week ago, Katrina began a competition of sorts with her Jagga Jasoos co-star Ranbir Kapoor. Katrina earlier said that she had to 'slow down' so that Ranbir could keep up while they were filming a song 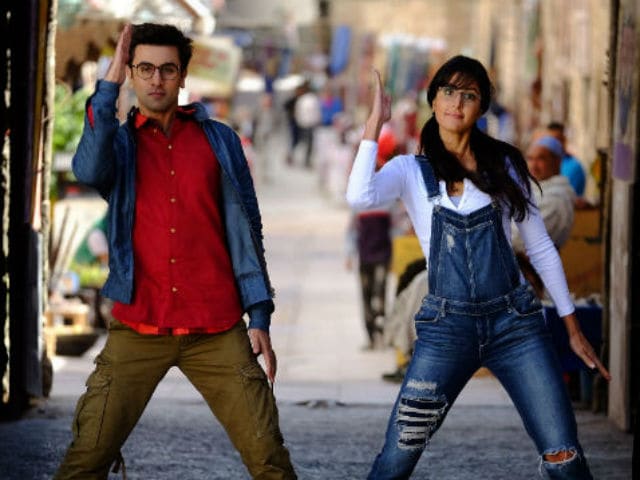 New Delhi: Ranbir Kapoor, can we get you something to put on the burn that Katrina Kaif just gave you on social media? A week ago, Katrina began a competition of sorts with her Jagga Jasoos co-star - apparently, she had to 'slow down' so that Ranbir could keep up while they were filming their song Ullu Ka Pattha. Now, Katrina has posted video from when they were rehearsing their dance moves and, at the end of the rather complicated routine, the camera catches Ranbir throwing some major shade. "The competition is on. Take your pick. Note the humility of the person on the left and the triumphant expression of the person on the right," Katrina Kaif wrote on Facebook - 'person on the right' being Ranbir (who, please note, had no idea he and Katrina were competing till a couple of days ago - the perils of not being online).

Katrina Kaif or Ranbir Kapoor, who do you think is the better dancer? Should Ranbir be 'triumphant'?

Check out this behind-the-scenes video where Katrina says, "I'm slowing it down as much as possible so that Jagga can keep up with me."
Ranbir has no social media account of his own but, luckily, has friends who do. Jagga responded to Katrina via an Instagram video, posted by UTV Films.

See what Ranbir said to Katrina.


Jagga Jasoos stars Ranbir Kapoor as a detective while Katrina Kaif plays his accomplice. The former couple, who broke up last year, have co-starred in films such as Ajab Prem Ki Ghazab Kahani and Rajneeti.

Promoted
Listen to the latest songs, only on JioSaavn.com
Jagga Jasoos, directed by Anurag Basu, releases on July 14.

After Jagga Jasoos, Katrina will feature opposite Salman Khan in Tiger Zinda Hai while Ranbir's next is a biopic on actor Sanjay Dutt, directed by Rajkumar Hirani.