That's Navya Naveli Nanda, Though You Can't Really Tell. With A Male Friend 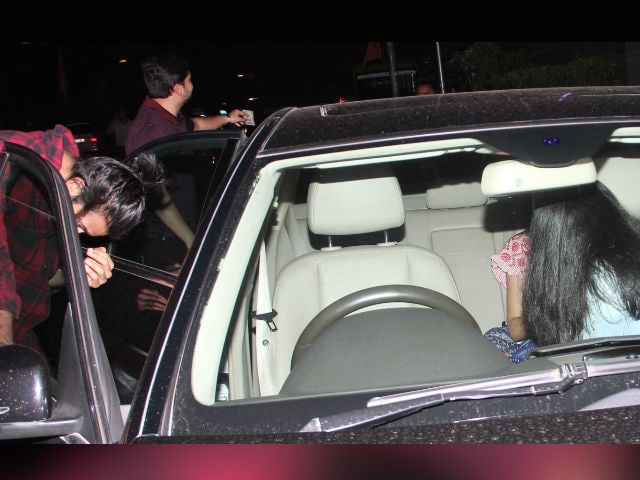 Navya and her friend in Mumbai.

New Delhi: Amitabh Bachchan's granddaughter Navya Naveli Nanda, 19, was spotted with an unidentified male friend in Juhu, Mumbai on Wednesday. Navya was spotted with the same friend last week too in Juhu, where Big B's bungalow, Jalsa, is located. Unlike last time, where Navya faced the shutterbugs with a smile, this time she decided to hide her face with her hair while her friend also tried to avoid the paparazzi. Navya is the daughter of Shweta Bachchan and businessman Nikhil Nanda. Navya's last week's outing put her on top of the trends list, which is generally occupied by the Internet's favourites Saif Ali Khan's daughter Sara and Sridevi's daughter Jhanvi Kapoor.

Here are pics from Navya's latest outing in Juhu. 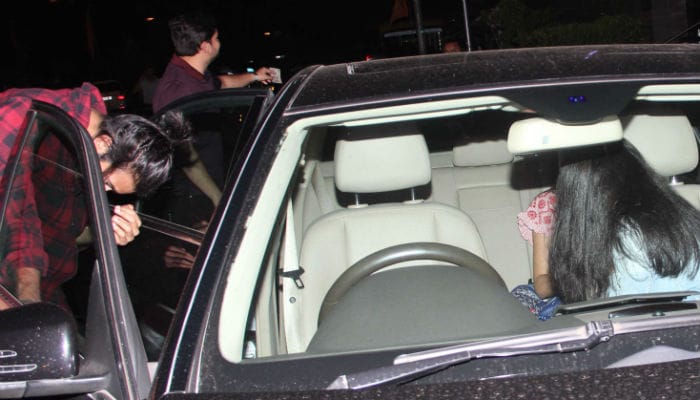 In the past, Navya occupied the top spot on the trends list, courtesy pictures from her days in London's Sevenoaks School, where Shah Rukh Khan's son Aryan was her batch mate. Navya's pictures with her classmates always found its way on the Internet - some of them also featuring Aryan Khan. Here are few pictures which went viral:

Navya Naveli is the eldest of Shweta and Nikhil's two children - she has a brother named Agastya. Despite her lineage - grandparents Amitabh and Jaya Bachchan, uncle Abhishek and aunt Aishwarya Rai - Navya's Bollywood ambition is unknown to the public. Although, Shweta once told news agency PTI: "I will be worried if (Navya Naveli) plans to be an actor. I don't think it is as easy as it looks. You have to work extremely hard, especially if you are a woman. And I wonder if she has in her to bear with all of it."