A school teacher, Rajni Bala was killed by terrorists in the Kulgam district of the Kashmir region on May 31. 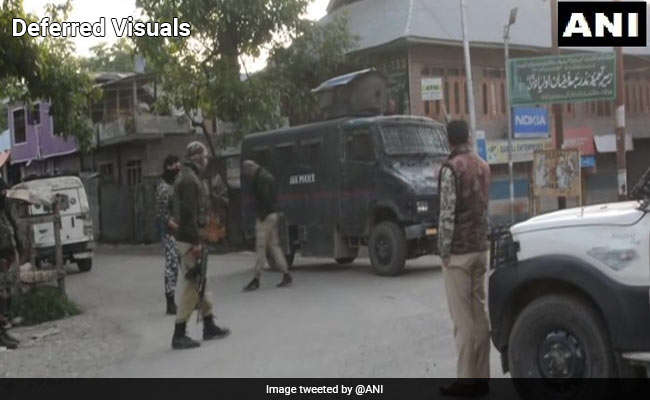 School teacher Rajni Bala was a resident of Samba in the Jammu region. (Representational)

Two terrorists involved in the May 31 killing of a school teacher Rajni Bala in the Gopalpora area of Kulgam district of Jammu and Kashmir have been killed in an encounter on Thursday, the Inspector-General of Kashmir Police, Vijay Kumar informed.

"Terrorists neutralised in Kulgam encounter today were involved in the killing of school teacher Rajni Bala (in Gopalpora area of Kulgam on May 31)," IGP Kashmir said.

The police said that two terrorists were killed in an encounter with security forces in Jammu and Kashmir's Kulgam district today.

Earlier on Tuesday, an encounter broke out in the Mishipora area of Jammu and Kashmir's Kulgam, said the Kashmir zone police.

A school teacher from the main minority community in Jammu and Kashmir was killed by terrorists in the Kulgam district of the Kashmir region on May 31.

Rajni Bala, a resident of Samba in the Jammu region, sustained injuries when terrorists fired at her in the Gopalpora area of Kulgam where she was posted as a teacher, police said.

According to Jammu and Kashmir Police, the incident took place at the High School Gopalpora area of Kulgam. She was taken to the hospital where she succumbed to her injuries.

Earlier, two civilians, including Kashmiri Pandit employee Rahul Bhat and three off-duty policemen, were killed in Kashmir by the terrorists earlier this month.

A bank manager from Rajasthan who was working in Kashmir's Kulgam was also shot dead by terrorists on June 2.