BJP's Raja Singh Lodh is known in many quarters for his "inflammatory" comments. 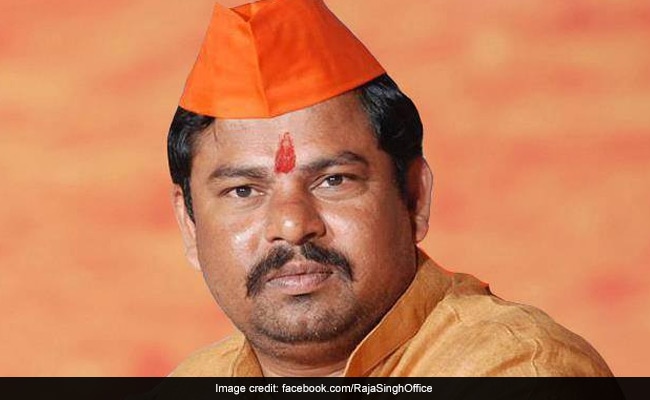 BJP's Raja Singh Lodh has over 60 cases against him.

Firebrand leader Raja Singh Lodh will be the sole torch-bearer for the BJP in the Assembly as all other party candidates bit the dust in the December 7 Telangana polls.

Mr Singh, known in many quarters for his "inflammatory" comments, and who has over 60 cases against him, mostly for "hate speeches", retained his Goshamahal Assembly constituency in Hyderabad.

Uttar Pradesh Chief Minister Yogi Adityanath had, in fact, campaigned for him in the segment.

The BJP contested in 118 Assembly segments out of the total of 119, leaving one seat to its ally, the Yuva Telangana party.

Seeking votes for change and claiming itself to be the alternative to TRS and Congress, the BJP had conducted a high octane campaign with a galaxy of top leaders, including Prime Minister Narendra Modi and party President Narendra Modi, canvassing in the state.

BJP had five MLAs in the previous Assembly.

The party contested the 2014 Assembly elections in alliance with the TDP.

In a statement, Laxman said that the BJP accepted the people's verdict and that the Narendra Modi government would extend all help and cooperation to Telangana for its development.

Opining that major issues like unemployment,family rule, corruption and dictatorial rule have been relegated to the margins, he claimed that the reason for it was the campaign by TDP chief and Andhra Pradesh Chief Minister N Chandrababu Naidu.