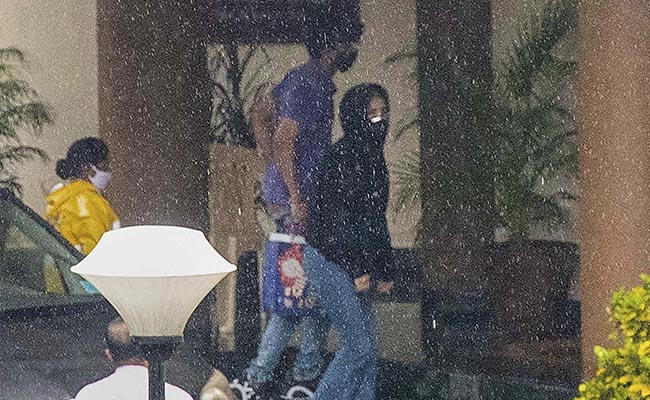 Rhea Chakraborty has been accused of harassment by Sushant Singh Rajput's family.

Actor Rhea Chakraborty may be called tomorrow for questioning by the Narcotics Drug Control Bureau (NCB), which is probing the drugs angle in Sushant Singh Rajput's death case, sources have said. The 28-year-old actor's brother Showik was arrested yesterday by the probe agency over drug charges after an early morning raid at their Mumbai home.

Showik Chakraborty will be in the custody of the NCB till September 9. He will be confronted with his sister over the drug abuse allegations, the officials in the probe agency said today. He has been accused of facilitating drug deliveries using different forms of payment by the NCB.

The drug investigation began after WhatsApp chats retrieved from Rhea Chakraborty's phone revealed an alleged conversation about procuring drugs between her and a contact saved as "Miranda Sushi" - believed to be Samuel Miranda, Sushant Singh Rajput's house manage who was also arrested by the NCB yesterday.

Sources in the agency say 20-year-old alleged drug dealer Zaid Vilatra, who was arrested on Wednesday, supplied cannabis to Showik Chakraborty and Samuel Miranda. They were introduced to each by another middleman Abdel Basit Parihar, 23.

In an interview with NDTV last week, actor Rhea Chakraborty said she had "never consumed drugs in her life" and claimed she had tried to stop Sushant Singh Rajput from consuming marijuana.

Rhea Chakraborty, her family and others are being investigated over Sushant Singh Rajput's family's allegations that she mentally harassed the actor and had a role in his death.

Two psychiatrists who treated Sushant Singh Rajput in his last few months separately diagnosed the actor as suffering from severe depression, anxiety, an existential crisis and bipolar disorder, according to statements recorded by the Mumbai Police. Both revealed the actor had stopped taking his medicines, which exacerbated his condition and made it very difficult to treat him.