Mumbai and Bihar cops have been caught in a turf war over the investigation into the death of Sushant Singh Rajput and the alleged role of Rhea Chakraborty, his reported girlfriend

Bihar Police's investigation into actor Sushant Singh Rajput's death was "quarantined (and) obstructed", Vinay Tiwari, the IPS officer isolated by Mumbai authorities in line with COVID-19 protocols relating to inter-state travel, said Friday as he was released and allowed to return to home.

Mr Tiwari will now leave for Patna this evening, according to news agency ANI.

"I would say I wasn't quarantined. The investigation was quarantined. Investigation of Bihar Police was obstructed," Mr Tiwari, whose release had been requested by the Nitish Kumar government, told ANI.

After he arrived on Sunday, Mr Tiwari, City Superintendent (central Patna), had been asked to stay in quarantine till August 15. City authorities insisted this was common procedure during the coronavirus outbreak and said Mr Tiwari would have to make an application for exemption. In the meantime, they said, he could conduct his business via video conferences with the help of software like Zoom.

Bihar police chief Gupteshwar Pandey, however, claimed the officer had been "forcibly quarantined". Chief Minister Nitish Kumar said: "Whatever happened to him is not right, It is political".

Four other Bihar Police officials who were part of the team probing Mr Rajput's death have already left after completing their probe, a report by news agency PTI said Thursday. 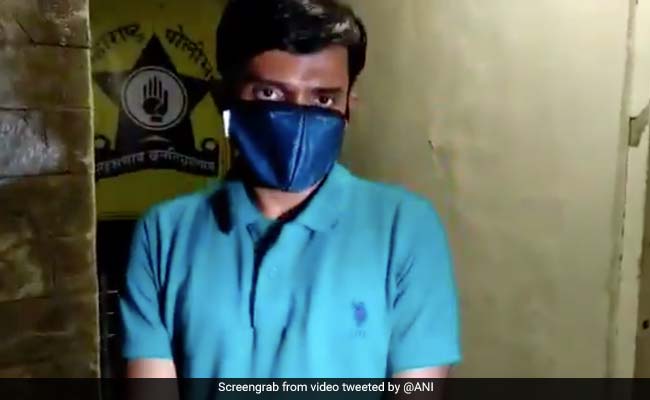 Mumbai and Bihar cops have been caught in a turf war over the investigation into the death of Sushant Singh Rajput and the alleged role of Rhea Chakraborty, his reported girlfriend.

A team from Bihar landed up in Mumbai last week after the actor's father filed a FIR at a Patna police station accusing Ms Chakraborty of mentally harassing Mr Rajput and illegally transferring Rs 15 crore from his Mumbai bank account.

The team claimed that they were being hampered by their Mumbai counterparts, who allegedly denied them access to bank documents, witness statements and other details.

In response Mumbai Police, who strongly denied the father's claims that they had failed to act after being allegedly warned of danger to Mr Rajput's life back in February, said there is no evidence, at this point, to suggest financial irregularities on Ms Chakraborty's part.

Mumbai Police, who also pointed out that neither Mr Rajput's father nor other family members had alerted them to their suspicions in the days immediately following his death, also said that the actor was taking medication for a bipolar disorder diagnosis. 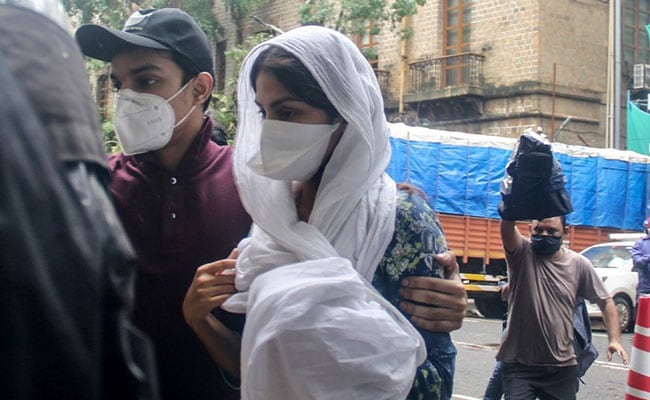 Mumbai Police also said the question of whether their Bihar colleagues had jurisdiction in this case - when the alleged crime happened in Maharashtra - was unclear. They also said that while full co-operation had been offered, the same was not reciprocated.

The back-and-forth between the two police agencies also included political sniping, with the governments of both states also taking swipes. Earlier in the day, the Bihar government, in a statement to the Supreme Court, accused Mumbai police of helping Ms Chakraborty and obstructing its investigation.

Meanwhile, sources within the Enforcement Directorate, which today questioned Ms Chakraborty over "suspicious transactions" said that although money was transferred from accounts belonging to Mr Rajput, the amount was nowhere close to Rs 15 crore.

Sources close to Ms Chakraborty said some of the transactions were not unusual for a couple, particularly one that lived together and even went on holidays together.

On Thursday an elite team of the CBI became the fourth agency to begin investigations in this case. The CBI was assigned the case after a recommendation from Bihar Chief Minister Nitish Kumar (on the basis of a request by Mr Rajput's father) and the centre accepted that request.

Sushant Singh Rajput was found dead in his Mumbai apartment on June 14. Mumbai Police said it was suicide and has questioned over 50 people on allegations he was depressed and felt side-lined because of cu-throat rivalries in the film industry.