Sonam Kapoor, 10-Years-Old As An Actress, Claims She's 'Been A Tortoise'

Sonam Kapoor completes a decade in the Hindi film industry this year. She debuted in Bollywood with Sanjay Leela Bhansali's Saawariya 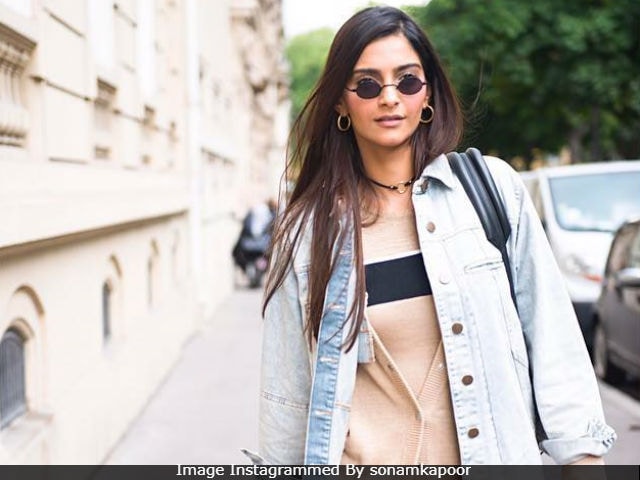 New Delhi: Actress Sonam Kapoor completes a decade in the Hindi film industry this year. She debuted opposite Ranbir Kapoor in Sanjay Leela Bhansali's Saawariya. Of her film career so far, Sonam told news agency IANS that she believes in 'working hard and being slow and steady.' "2017 is a decade for me in the industry. I think the whole point of being a human being is to evolve and be better. I've been a tortoise. I think it's about being slow, steady, doing things you believe in, trudging on, working hard and creating relationships because winning is not important, what's important is being the best version of yourself," Sonam said.

This year, Sonam Kapoor received her first National Award (Special Mention) for Ram Madhvani's Neerja, in which she played the role of flight stewardess Neerja Bhanot, who was killed while trying to rescue passengers in a hijacked flight. Neerja also won a National Award for Best Hindi Film.

Sonam Kapoor, 32, daughter of actor Anil Kapoor and Sunita, has worked in films such as Delhi 6, Raanjhanaa, Khoobsurat, Bhaag Milkha Bhaag and Prem Ratan Dhan Payo. She is currently filming Padman with Akshay Kumar. Padman is directed by R Balki. Of working with the Mr Balki, Sonam told IANS, "I have a feeling that I have an amazing connection with Balki, who I have had the privilege to work with in Padman."

"Sanjay Leela Bhansali and Rakeysh Omprakash Mehra are like my parents to me. These people are very evolved and great artistes. To have them as your mentors is a blessing," Sonam added.

Promoted
Listen to the latest songs, only on JioSaavn.com
Meanwhile, Sonam Kapoor will also be seen in Veere Di Wedding, produced by her sister Rhea Kapoor. The film also stars Kareeena Kapoor Khan and Swara Bhaskar.