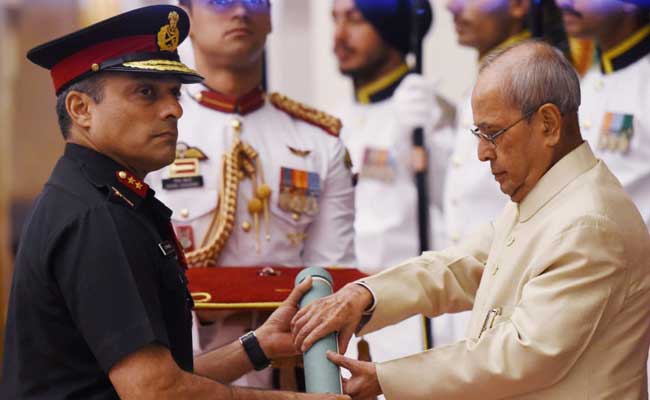 New Delhi: President Pranab Mukherjee on Thursday awarded Shaurya Chakras to the officers who took part in the surgical strike across the Line of Control last year. He also awarded the Shaurya Chakra posthumously to Lieutenant Colonel Niranjan Ek, martyred while recovering an improvised explosive device from the bodies of Pathankot terrorists in January 2016.

Nineteen soldiers of the 4 and 9 Para, the special forces units, who undertook the surgical strike across LoC, were awarded with gallantry medals on January 25, including a Kirti Chakra, while their commanding officers have been given Yudh Sewa Medal.

Promoted
Listen to the latest songs, only on JioSaavn.com
Lieutenant General PM Hariz was awarded Param Vishisht Seva Medal. Mr Hariz is the Commander-in-Chief of the Southern Command.