Union Home Minister Amit Shah Tuesday said he was confident that the AFSPA would soon be revoked from the entire state of Assam. 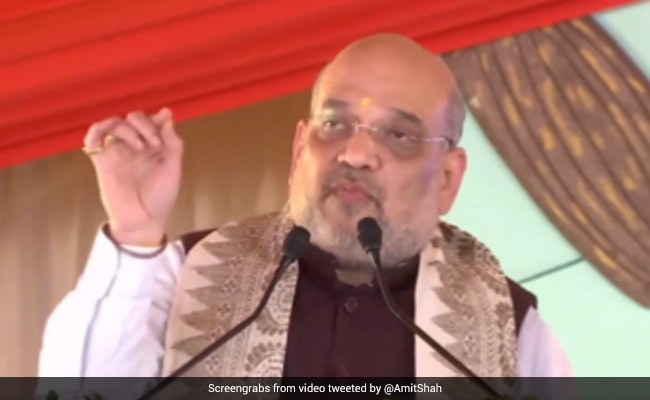 AFSPA would soon be revoked from the entire state of Assam, said Amit Shah Tuesday

Speaking to ANI, Mr Yechury said, "I want to ask Home Minister why do we have Armed Forces Special Power Act in our law? CPI(M) has been making this demand for a long time."

"Today many such plans are imposed arbitrarily as it is going on continuously in Jammu and Kashmir. There are many Northeast states. Why do you want to withdraw it only from Assam? Why do not you withdraw AFSPA from everywhere? Is there a political motive behind this? There will be some conspiracy to provoke communal polarization again. So our request to the Home Minister is to remove this from all over the country," added the CPI(M) leader.

Union Home Minister Amit Shah Tuesday said he was confident that the AFSPA would soon be revoked from the entire state of Assam.

Speaking at a ceremony to present the President's Colours to the Assam Police in Guwahati, Mr Shah said that the Act had been in force since 1990 and had been extended seven times since.

The AFSPA Act empowers the governor of the state or administrator of Union territory or Centre to issue an official notification concerning disturbed areas after which the central government has the authority to send in armed forces for civilian aid.